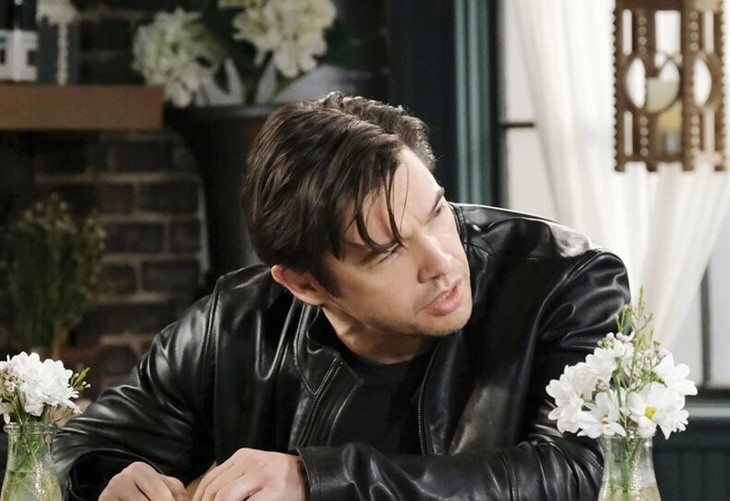 The longer Sarah Horton (Linsey Godfrey) has the antidote in her system for the syringe full of Dr. Wilhelm Rolf’s (William Utay) mystery serum, the more she remembers! Once she makes it through the relived grief and shock of learning her baby Mackenzie “Mickey” Horton (Emma, Kate and Miller Kamienski) died she’ll remember the rest. Of course she won’t remember her time on the island but she’ll remember Kristen locking her in the DiMera wine cellar the night before she was to marry Xander!

Sarah will also remember fighting and struggling to escape, and yelling for help at the top of her lungs! She’ll definitely remember trying to stab Kristen with the syringe she found – the one Abigail DiMera (Marci Miller) dropped – and herself being stabbed instead!

Kristen ruined Xander’s wedding to Sarah, the true love of his life, and caused her untold grief and heartache up till she stabbed her with that syringe! Then her ploys of having Ava Vitali (Tamara Braun) and even his later fiancée Gwen Rizchech (Emily O’Brien) pretend to be Sarah to “explain” just makes Xander even madder!

Her poor mother Maggie Kiriakis (Suzanne Rogers) was given false hope that Sarah was alive and well, but out of range to communicate shortly after another daughter died! That is simply unconscionable even for Kristen, Xander is livid at her when he considers all that; and that is when he determines that she has to pay! His dark side reemerges when he decides he is the one who is going to take her down once and for all!

Kristen has returned to Salem for DiMera business, with EJ DiMera (Dan Feurreriegel) and Chad DiMera (Billy Flynn) working to oust Gabi Hernandez (Camila Banus). Kristen will enrage her brothers as well, over her recent kidnapping and holding Abigail hostage in connection with Sarah’s rescue! Longtime viewers will remember both brothers have been involved with Abigail and EJ still cares about her deeply! But when Xander finds out she’s in town, he is determined to not only make her pay, but to take her down for good!

Xander will have to be very stealthy and secretive if he is going to be successful in capturing and “taking care of” Kristen! He feels like the old “eye for an eye, tooth for a tooth” method is what he will do – he wants Kristen to suffer like Sarah did!

Xander and Gwen had been living together in a suite at the Salem Inn for a while, and he had found the antidote that Gwen had switched. She’s already being dealt with but when he found the antidote he also found additional vials of the original serum that caused the problem and caused Sarah’s deterioration. Xander has obtained a large syringe and put all those vials of the original dangerous serum in the syringe, and lies in wait for Kristen!

Instead of the DiMera wine cellar, he decides to imprison Kristen in the DiMera crypt, and stab her with the syringe full of the serum! He won’t intend to kill her but to make her suffer, and she’ll never remember what happened to her, waking up with her wrists in the stocks!