Days Of Our Lives Spoilers: Mysteries On Kristen’s Island Hideaway 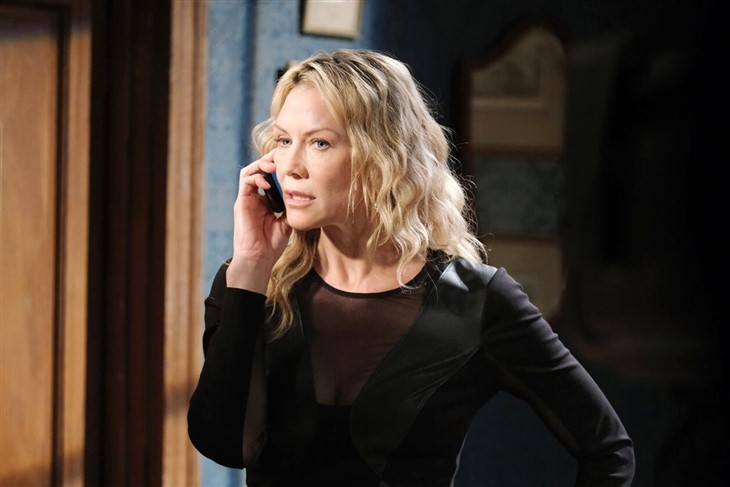 Days Of Our Lives Spoilers – What Is Going On With Sarah Horton?

At least Kristen (Stacy Haiduk) is a good host and gives all of her unwilling guests on her island a good place to sleep, very nice clothes, and all the food they can eat. Plus, it’s tropical so why wouldn’t they want to stay? Well, because, at least three of them realize they have been kidnapped and are being held hostage by a crazy woman.

Steve (Stephen Nichols) and Kayla Johnson (Mary Beth Evans) want off that island badly and have no idea that Abigail DiMera is also there and looks like she might go into split-personality mode at any moment. However, when Steve and Kayla do some exploring they run smack dab into Sarah Horton (Linsey Godfrey). However, she doesn’t seem to know them and doesn’t know why they are calling her Sarah when that’s not her name. Uh-oh! What did Kristen do to Sarah and who does she think she is?

Back in Salem, Gwen Rizchech (Emily O’Brien) still feels guilty about the dirty trick she played on Xander Kiriakis. She wants to be excited about him being in love with her but the guilt is written all over her face. It’s a good thing an oblivious Xander (Paul Telfer) can’t see it.

However, Jack Deveraux (Matthew Ashford), who seems to be back without Jennifer Deveraux (Melissa Reeves) sees it and wants to know why his daughter looks to be a true hot mess. Does he wonder where his other daughter is off to?

It seems like Chad DiMera (Billy Flynn) doesn’t yet even know that his wife is missing. He knows she was on the Sarah Horton case and just let it be but now things seem off. Abigail (Marci Miller)is not even communicating with him. He has a lot of questions and it seems Tony DiMera (Thaao Penghlis) has the answers. What can he tell him about Kristen and a hidden DiMera island? Stay tuned to Days of Our Lives weekdays to see how these stories play out.