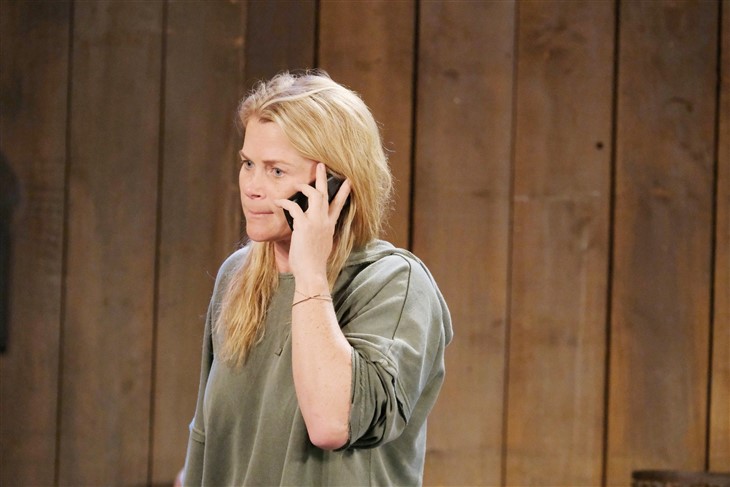 Days of Our Lives spoilers reveal that Sami Brady (Alison Sweeney) gets the shock of a lifetime at her wedding. Chad DiMera (Billy Flynn) hurls an accusation and Lucas Horton (Bryan Dattilo) scrambles to come up with a new plan. So, Chad must tell Sami that Lucas is her real kidnapper. It is also teased that Sami will get her revenge.

DOOL spoilers reveal that Chad told Kate Roberts (Lauren Koslow) that Abigail DiMera (formerly played by Marci Miller) agreed to keep Lucas’ secret. However, after Abigail was murdered, Chad thought that Lucas might have had something to do with it.

After having a blow-up with Kate Roberts (Lauren Koslow), Chad focused on mourning Abigail. Chad also had to tell Thomas DiMera (Cary Christopher) and Charlotte DiMera (Olivia and Oakley Rondou) that their mother was never coming home.

During the week of July 11, Chad will make a realization about Abigail’s murder. This leads to Chad taking action and making a horrifying accusation.

So, that sounds like Chad crashes the wedding. Chad might not just tell Sami that she was kidnapped by Lucas, but that the groom might have murdered Abigail.

Of course, fans know that Lucas is a red herring and isn’t guilty. However, Sami doesn’t know this. In fact, Sami might wonder if she knows Lucas at all after hearing about the kidnapping bombshell.

Days Of Our Lives Spoilers – Sami Brady Gets Revenge

Days of Our Lives spoilers reveal that Sami gets her revenge. Fans know just how far Sami will go when she’s been hurt and betrayed. Sami could find Clyde Weston’s (James Read) bag of jewelry. In a recent episode, Clyde left Abigail’s jewelry on the counter at Brady’s Pub after being arrested by Rafe Hernandez (Galen Gering).

After Sami calls off the wedding, she could go to Brady’s Pub. Sami might find that bag of jewelry. Not knowing who stole it, Sami could come up with a plan for revenge.

It’s possible that Sami might plant the jewelry in Lucas’ room. After Chad’s explosive accusation, Rafe could decide to search Lucas’ room. If Rafe finds the jewelry, he will have to arrest Lucas. This will blindside Lucas as he ransacked that room and there was nothing there before. How will Lucas clear his name and will the real killer ever get caught?

Prince Harry Does Not Want Megxit In Netflix Series “The Crown”