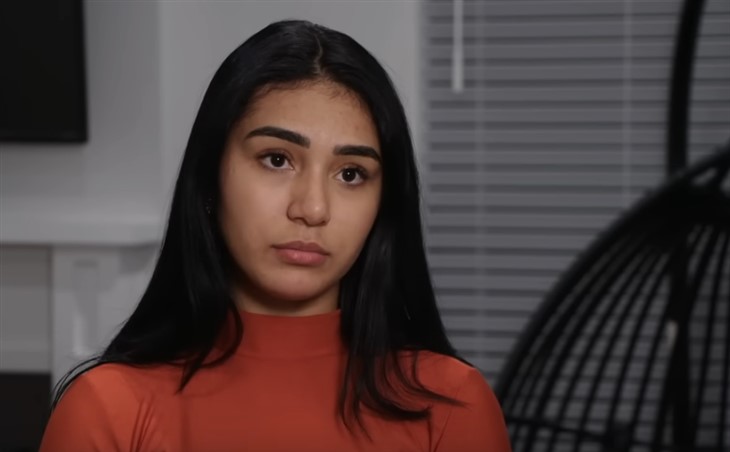 90 Day Fiancé spoilers, news, and updates tease that Thais Ferreira recently shared a video of herself that made fans think she’s pregnant.

Thais Ferreira debuted on the TLC show when she met her boyfriend, Patrick Mendes, on a dating website. Patrick is a well-known professional weightlifter, however, his career ended when he tested positive for hGH (human growth hormone) and when the authorities found an illegal substance inside his Texas home.

As he tried to move on from the unfortunate events of his life, Patrick wanted to reconnect with his family in Brazil and he started to look for a Portuguese tutor, who can help him master the language, through an international dating app. When he met Thais online, the two romantically clicked and began dating, now, the two are officially engaged.

The mother-of-one recently shared a video of herself posing in front of the mirror wearing a brown crop top paired with denim pants. Though the TLC star felt great about herself, the “90 Day” viewers found it hard to recognize her. A fan shared a screenshot of her video and brought it on Reddit with a caption: “She Preggers.”

Fans filled the comment section with their thoughts about Thais, saying: “I can’t even tell that’s her. Looks like someone completely different.” One fan wrote, “I had to go to the comments to figure out who this was even though I’m watching the current season.” Another one chimed in, “How is that Thais? That doesn’t look anything her.”

Since the Brazilian beauty stepped foot in the USA, she usually finds herself getting irritated with her fiancé’s brother, John. She even hates the idea that the man is currently sharing a roof with them. Recently, Thais heard the brothers talking about a bachelor party and didn’t support John’s idea of giving Patrick “100 hookers” during the event.

Patrick also rejected his brother’s idea, which led John to get mad at him. Learning about the bachelor party, Thais made it clear that she won’t hesitate to leave Patrick behind if he gets one. “I think bachelor parties are ridiculous. If Patrick has a bachelor party, I will kill him and get back to Brazil. That’s it,” she told the cameras.