Days Of Our Lives Spoilers: What Really Happened To Philip Kiriakis? 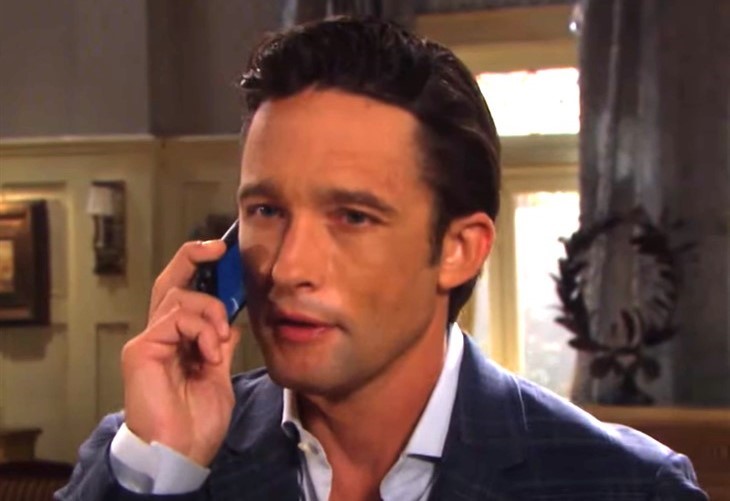 Days of Our Lives (DOOL) spoilers for Thursday, December 16, 2021, reveal Chloe Lane trying to get to the bottom of what happened between Brady Black and Philip Kiriakis when they were down at the river.

Brady (Eric Martsolf) still insists he had nothing to do with Philip’s (Jay Kenneth Johnson) disappearance and doesn’t remember drinking to the point of being passed out drunk the night Phillip disappeared. He also doesn’t have any clue how Phillip’s blood ended up on him. Chloe Lane (Nadia Bjorlin) has tried and tried to believe him because she knows this is not like Brady, but the evidence just seems so damning.

However, Chloe is willing to give him the benefit of the doubt at the moment and thinks if they can just take a step back and think about things, Brady might be able to remember how he ended up in such bad shape that he needed yet another hospital stay?

Meanwhile, Victor Kiriakis (John Aniston) and Kate Roberts (Lauren Koslow) blame Chloe for what happened to their son as Victor refuses to believe his grandson did anything to hurt Phillip. They also have a big decision to make on Thursday. Are they ready to declare Phillip officially dead? That would be a bad move when there’s no body and it’s as if these people forget they are on a soap opera and that nobody is ever really and truly dead. (We’re still holding out hope for Bo Brady’s return.)

DOOL Spoilers – Gwen Rizchech  Has To Do Some Fast Thinking

No matter how much Gwen Rizchech (Emily O’Brien) claims she is done lying, she can’t help but lie and always gets in deeper and deeper. She can’t believe she found a man like Xander (Paul Telfer) and is determined to keep him but knows if Sarah Horton (Linsey Godfrey) returns, it’s over between them and she’d be heartbroken.

While she doesn’t really want to lie and keep a secret from Xander, she is too insecure to tell him the truth. And now Rex Brady (Kyle Lowder) is back in town and he could give away the whole game. Xander thinks Rex is with Sarah and if she sees him in Horton Square, things are bound to get ulgy. So, Gwen does her best to keep Xander from spotting Rex and it’s not as easy as she thinks. Stay tuned to Days of Our Lives weekdays to see how these stories play out.