DOOL Spoilers: Life After Abigail, What’s Next For Chad? 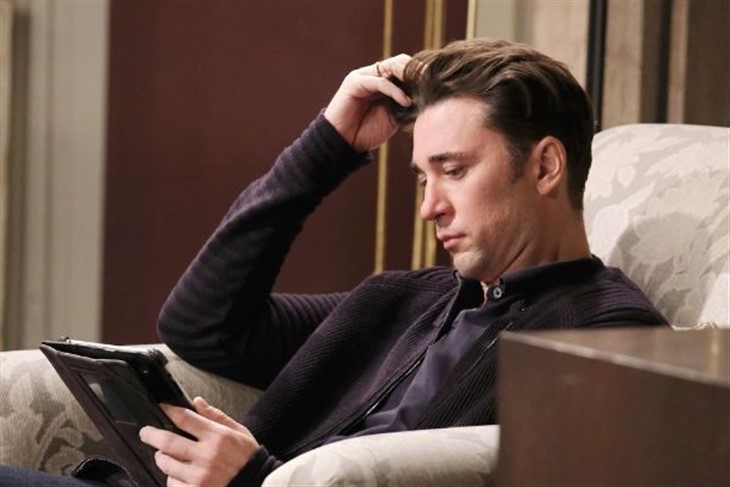 Days of Our Lives spoilers tease that the mystery of who killed Abigail DiMera (Marci Miller) is about to be solved. For the past several months, Chad DiMera (Billy Flynn) has immersed himself in the investigation into who killed his wife. But what will he do once all the commotion has died down? Chad needs to move on, and figure out what life looks like as a single father.

Days Of Our Lives Spoilers – Focus On The kids!

Days of Our Lives spoilers say Chad will certainly prioritize his role as a parent. His attention has been so focused on catching Abigail’s killer, that Chad hasn’t focused on being a father the way he normally would. Both of his children also lost their mother, so that is something that Chad will have to remain sensitive of. While he can’t bring their mother back, Chad can’t bring Abigail back but he can certainly give the kids the attention they will most certainly need.

DOOL Spoilers – A Friend In Need!

Chad’s best friend is Sonny Kiriakis (Zach Tinker). Sonny was attacked by the same person who attacked Abigail. Luckily, Sonny survived but he will have a long road to recovery. Add that to the fact Sonny’s husband Will Horton (Chandler Massey) is currently pursuing a career as a writer in Hollywood, which means that Sonny will need his best friend more than ever. Not to mention the fact that Sonny’s brother Alex Kiriakis (Robert Scott Wilson) may be working to undermine Sonny at Titan Industries. Perhaps Chad can help Sonny keep Alex at bay.

Days Of Our Lives Spoilers – A New Romance?

Right now, the last thing that Chad is thinking about is romance. But the arrival of Stephanie Johnson (Abigail Klein) may change all of that. Alex has already become quite smitten with Abigail, but perhaps a romance with Chad is in the cards for Stephanie instead.

But even if Chad begins to have feelings for Stephanie, it will be a long time before he’s ready to commit to any type of serious romance. But perhaps Stephanie and Chad can slowly build on the friendship they already have, that is if Alex doesn’t sweep her away first!

What’s next for Chad? Will he help his children accept the loss of Abigail? What role do Sonny and Stephanie play in Chad’s future? Anything can happen in Salem so stay tuned to Days of Our Lives streaming every weekday on Peacock. And don’t forget to check back right here regularly for all your Days of Our Lives news, information, and spoilers!