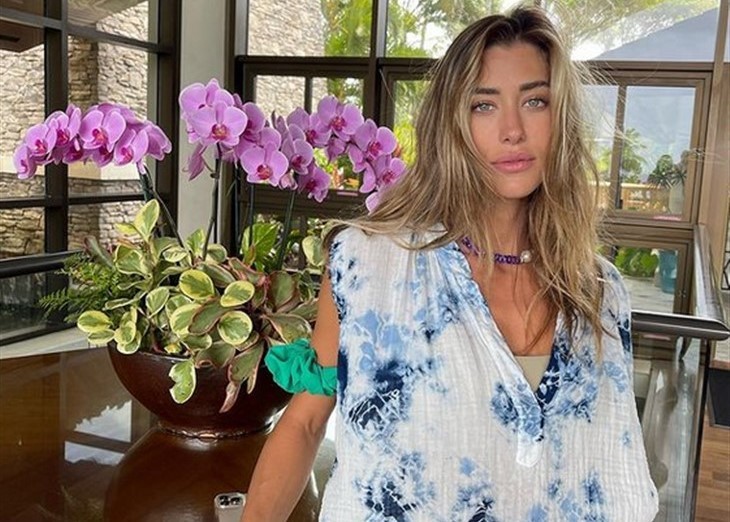 Days of Our Lives spoilers reveal that Jessica Michel has been added to the cast of the NBC soap. Which character will the actress be playing and when is her first appearance? We have the details right here, along with which storyline Michele will be part of.

Days Of Our Lives Spoilers – Who Is Jessica Michel?

DOOL spoilers reveal that Michel might be most recognized for appearing in America’s Top Model season 14. The model and actress appeared in The Hack Job, The Professional and participated in other projects as well.

It is teased that Michel will be playing a character named Sloan. This character isn’t just a random Salemite, though. Sloan is Leo Stark’s (Greg Rikaart) lawyer. So, it sounds like Leo could get arrested and charged with Abigail DiMera’s (formerly played by Marci Miller) murder. It is also confirmed that Sloan faces off with Rafe Hernandez (Galen Gering).

Days of Our Lives spoilers reveal that Sloan will make her first appearance during the week of August 15. So, once Leo is exposed by Thomas DiMera (Cary Christopher) as the “Tooth Fairy”, Chad DiMera (Billy Flynn) demands answers. This will, of course, lead to Rafe, Shawn Brady (Brandon Beemer) or Jada Hunter (Elia Cantu) interrogating Leo.

Of course, Leo will claim that he is innocent. However, he will have some serious explaining to do. Remember Leo stole Abigail’s jewelry and then made a deal with Clyde Weston (James Read). There is no way that Clyde is going to take the fall for this. So, it could explain Clyde teaming up with Nancy Miller (Patrika Darbo), Brady Black (Eric Martsolf) and Chloe Lane (Nadia Bjorlin).

It is interesting that Sloan begins by defending Leo and sparring with Rafe. That suggests Sloan could stay after Leo’s trial is over. Perhaps there is a connection between Rafe and Sloan. That would give Nicole Walker (Arianne Zucker) a way to be with her true love, Eric Brady (Greg Vaughan).

Of course, there is the fact that Eric is going on a date with Jada. However, they could decide just to be friends. Perhaps Eric and Jada simply don’t work out. From Jada’s first handful of scenes, she doesn’t seem to like Nicole very much. Jada also seems to flirt with every man she sees. Take her reaction to finally noticing Shawn was wearing a wedding band. So, expect a lot of drama, one that Sloan could become part of.

What do you think is going to happen when Jessica Michel makes her first appearance? Will Sloan stay after Leo’s trial is over? Could Sloan be a new love interest for Rafe?