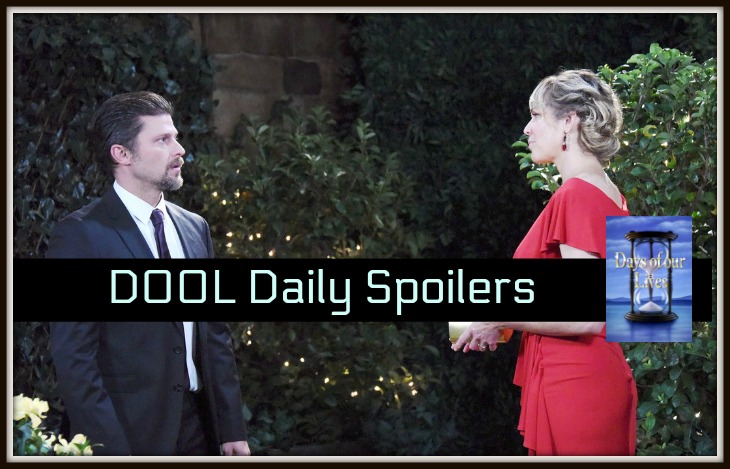 “Days of Our Lives” spoilers for Thursday, July 6, tease that Marlena (Deidre Hall) will try to help Lani (Sal Stowers) learn more about the night of the party. JJ (Casey Moss) couldn’t recall much under hypnosis, but Lani will hope that her session might have better results. Marlena will do her best to lead Lani through the stunning events surrounding Deimos’ (Vincent Irizarry) murder.

DOOL fans can expect some surprises as Lani struggles to remember the details. Unfortunately, it appears Lani won’t come up with enough to get JJ off the hook. She needs real proof if she wants to clear his name. The good news is that evidence will surface next week. The bad news is it will point the finger at another Salemite.

Meanwhile,  “Days of Our Lives” spoilers state that Sonny (Freddie Smith) will face some guilt. He recently had a flashback that left him unsettled. Sonny was standing over Deimos’ bloody corpse, so that’s definitely a troubling image. He’s starting to believe he could be the murderer.

Naturally, Sonny doesn’t want JJ to take the blame for his potential actions. “Days” spoilers reveal that Sonny will fill Paul (Christopher Sean) in on the situation. He’ll suggest that he could be the killer. After Sonny describes his latest memory, Paul will attempt to calm him down. He’ll note that one brief flash doesn’t prove anything.

Sonny could’ve found Deimos’ body after another guest stabbed him. Standing over Deimos certainly doesn’t mean Sonny is guilty. In fact, “Days of Our Lives” rumors hint that someone else is likely the culprit. It seems a few more twists are in the works.

Elsewhere, Nicole (Arianne Zucker) and Eric (Greg Vaughan) will recall additional moments from that crazy evening. Will their new memories make them question their own innocence? Regardless, Nicole will have a hard time coping with how she feels about Eric. Their encounter has undoubtedly stirred up some old feelings, but Nicole is trying to fight them.

Still, Eric’s upcoming move will at least help Nicole with her forgiveness project. She’ll continue to soften toward Eric thanks to his sweet gesture. Across town, “Days” spoilers state that Hope (Kristian Alfonso) will give Rafe (Galen Gering) a shock. She’ll be reluctant to accept his proposal, but she’ll come around on the idea soon enough.

It sounds like some great scenes are on the way. We’ll give you updates as other info emerges. Stay tuned to DOOL and don’t forget to check Soap Opera Spy often for the latest “Days of Our Lives” spoilers, rumors, updates and news.

Could We See More Of This Is Us Jack’s Days In Vietnam?