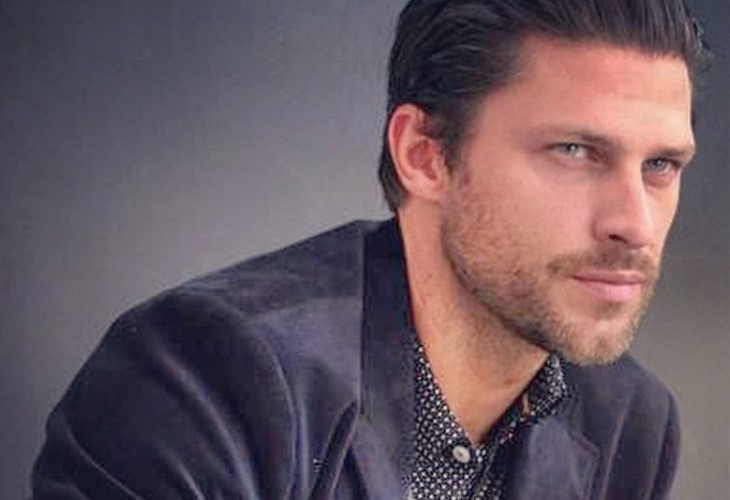 Days of Our Lives spoilers reveal that Eric Brady (Greg Vaughan) is coming back at the end of this week. However, we have seen Eric return before but only for brief stints. So, is there a chance that Eric could actually stick around for good this time? Vaughan spoke about coming back to the soap. Keep reading to find out what the actor had to say.

Days Of Our Lives Spoilers – Greg Vaughan On Contract

DOOL spoilers reveal that fans were disappointed when Eric left Salem. One issue that was not handled well was Eric’s new marriage with Nicole Walker (Arianne Zucker). To explain Eric’s absence, he went to the Congo to help villagers. However, Nicole was left in Salem as an abandoned newlywed.

Eric came back a few times, but only for short stints. That is going to change, though. It is confirmed that Vaughan is back on contract and makes his return on April 15, 2022.

In a YouTube video, Vaughan and Zucker talked about Eric coming back for good. One scene fans should look forward to includes Nicole staring at her phone while walking into the Brady Pub. When Eric begins talking, Nicole is stunned to hear a familiar voice. Nicole looks up and is thrilled to see Eric.

However, Eric and Nicole are no longer a couple. Despite Nicole’s one-night stand with Xander Cook (Paul Telfer), “Ericole” is still on good terms. So, fans have to wonder if Nicole and Eric will remain platonic or if Rafe Hernandez’s (Galen Gering) new romance could be at risk.

Days Of Our Lives Spoilers – Defeating The Devil

Days of Our Lives spoilers reveal that Eric’s return comes at a perfect time. Eric and John Black (Drake Hogestyn) thought they cast the devil out of Marlena Evans (Deidre Hall). Instead, the devil went into Johnny DiMera (Carson Boatman) and is currently using Allie Horton’s (Lindsay Arnold) body to cause trouble. Plus, the devil is after Ben Weston (Robert Scott Wilson) and Ciara Brady Weston’s (Victoria Konefal) baby. So, Eric will need to save baby “CIN.”

During the chat with Zucker, Vaughan had this to say about coming back on a more permanent basis.

“Making a few brief moments over the course of the last couple of years since I really left, just that window of opportunity was just like, ‘Man, what are you doing? Hey, you want to come back for six months?’ And then I think there are a lot of unresolved issues between Eric and family, and Nicole, obviously.”

“I think it’s always so comfortable to be here and to be amongst people – because we’ve always had the ability to come and go, or explore opportunities or make changes in our life, and just being back here it feels good.”