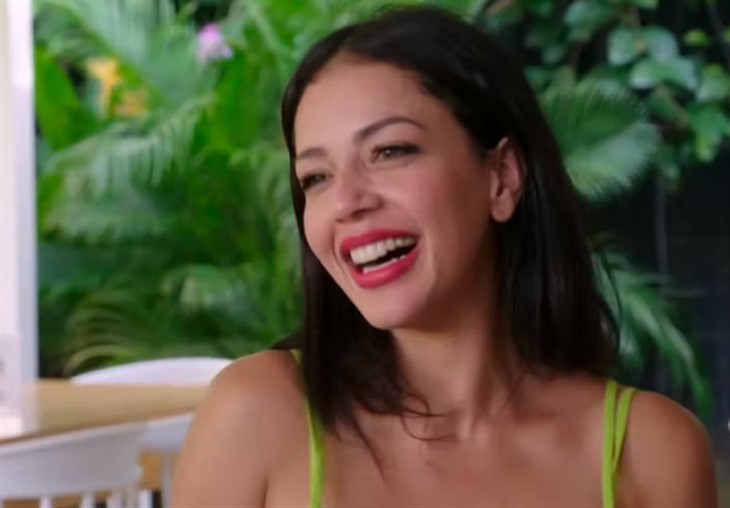 90 Day Fiancé spoilers, news, and updates tease that Jasmine Pineda expressed her happiness for the success of her beau, Gino Palazzolo, and declared that her man is a “self-made millionaire.”

Fans have hated the Panamanian beauty when she showed her real colors, but the coin was flipped when Jasmine found out that Gino sent her nude photo to his ex-wife, which led her to lose her job as an American Literature teacher. Jasmine also became the fan favorite after throwing some hilarious lines during the season’s Tell-All.

In one of the episodes of the season, Gino Palazzolo admitted that he doesn’t have a lot of investments, but he went through buy and sell his stock until it reached $650,000. The Michigan resident continued his venture until it was reported that he makes around 1.5 million. In her recent Instagram stories, the proud fiancée took to social media her admiration toward Gino.

Jasmine posted a screenshot of an article that reports Gino’s net worth and she captioned it: “I’m so proud of my man! He’s my tutor when it comes to investing money wisely. Making himself a self-made millionaire but still being humble, kind, and generous. Baby, you’re goals.”

As for Jasmine, after she was kicked out of her teaching job, she started earning from creating Cameo videos and OnlyFans content. Her K-1 visa has also been pre-approved, so she might step foot in the United States anytime soon. Fans were excited for the Panamanian beauty to start fresh in a foreign country and finally start preparing for her upcoming wedding with Gino.

In one of her YouTube videos, Jasmine opened up about her cosmetic surgeries and claimed that she doesn’t hate her body, but just wanted to improve her physical aspect. She mentioned that she underwent breast augmentation and usually got bullied online due to her lip fillers.

However, despite the negative comments she read online, the Panama native remained confident about herself. “For some people, it’s too much, but for me, it’s good and I love them,” Jasmine said.