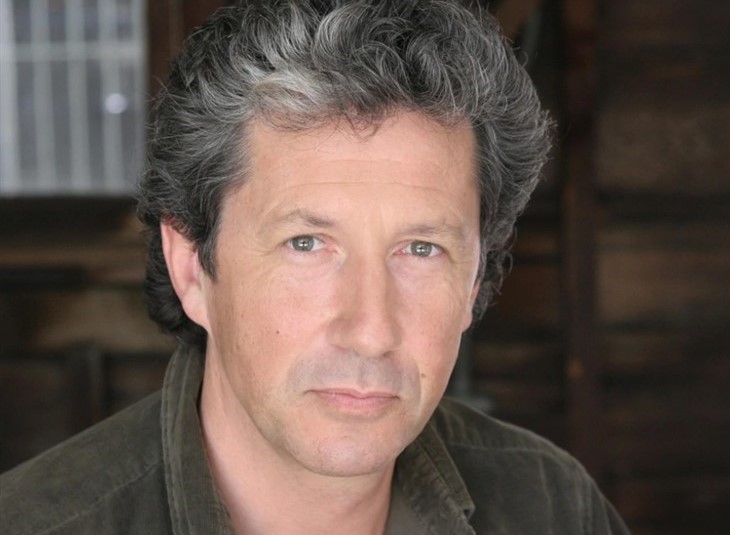 Days of Our Lives (DOOL) spoilers tease that Charles Shaughnessy, who has not been seen in a daytime drama in several years, will reprise his role as Shane Donovan for “Beyond Salem”. The five day spinoff of Days of Our Lives will stream on NBC’s streaming service, “Peacock” starting Monday, September 6.

In a preview for “Beyond Salem” Shane talks to John Black (Drake Hogestyn) and Marlena Evans (Deidre Hall) and Days of Our Lives spoilers show John is recruited for a top secret mission. Shane Donovan has not been seen on Days of Our Lives since 2017, which he pulled off a caper involving the impersonation of a still living Stefano DiMera (Joseph Mascolo) in his original iteration. Television viewers may also recognize him from his roles on various primetime series, such as “The Nanny”.

On Days of Our Lives, Shane Donovan is the head of the ISA, the secret agency that John worked for prior to starting “Black Patch” with Steve “Patch” Johnson (Stephen Nichols). John’s last mission was also in 2017 and Shane recruits him to help find some stolen jewels, including a piece called “The Alamanian Peacock”. Prior to 2017, Shaughnessy played Shane Donovan from 1984 to 1992 on Days, reprising his role in 2002 and again in 2010 with multi-episode arcs. “Beyond Salem” will stream for five days.

Longtime Days of Our Lives viewers will recall In December 2016, Shane discovered there was reason to believe Stefano was still alive and had faked his death. Stefano’s body was exhumed and found not to be Stefano. Then, a team composed of Marlena, Rafe Hernandez (Galen Gering), Steve, and Paul Narita (Christopher Sean) left to track down the real Stefano.

They finally caught Stefano him, but he escaped the next day. Then it was revealed that Shane had posed as Stefano, so they could get Hope Brady (Kristian Alfonso) out of prison. Days of Our Lives viewers will remember that Shane and Steve felt sure their plan had worked and that the real Stefano was dead and buried.

Days of Our Lives spoilers say that as Shane was going over footage, Steve laughed at the notion that “Stefano” was feeding pigeons. Shane laughed that it was cute, but added that it hadn’t been him impersonating Stefano. Steve was shocked, and Shane reiterated that that hadn’t been him. Steve thought Shane was joking, but Shane confirmed he never went to that park and he never fed any pigeons. Steve started to worry and told Shane that they both knew Stefano was dead and there just happened to be someone out there who looked like him. Shane sarcastically scoffed that he believed that too. Of course, this was long before Dr. Wilhelm Rolf (William Utay) had invented the lifelike rubber masks like Kristen DiMera (Stacy Haiduk) used to impersonate Nicole Walker (Arianne Zucker) and several others in more recent episodes of Days of Our Lives!