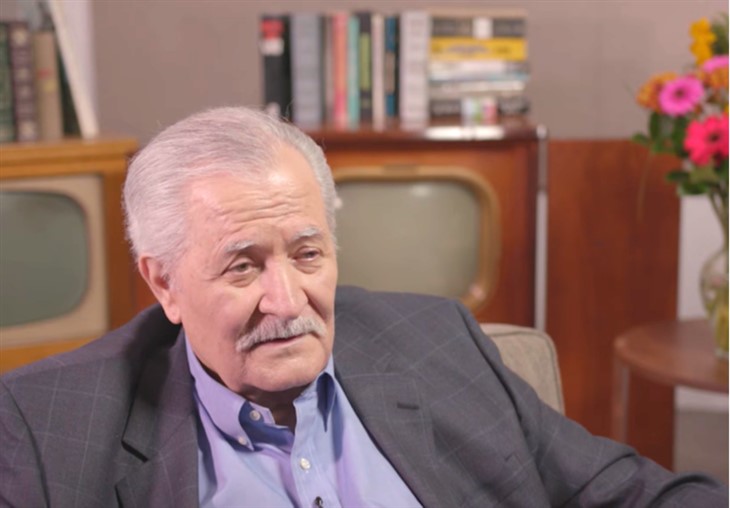 Days of Our Lives star John Aniston has been a mainstay on the NBC soap since 1985 playing Victor Kiriakis, a man who was once feared by all in Salem, but who has also mellowed considerably over the years. Victor Kiriakis and other soap roles that Aniston has played through the years will earn him the Lifetime Achievement Award at the 29th Annual Daytime Emmy Awards.

Aniston, father to Hollywood film star and Friends alum Jennifer Aniston, was born in Crete, Greece in 1933 but grew up in the United States and started his television career in the 1960s. His first soap role was on the now-defunct Love of Life, but Aniston also had a DOOL role before ever playing Victor.

In 1970, he appeared in a handful of episodes as Dr. Eric Richards and even auditioned to play Doug Williams, a role that eventually went to Bill Hayes, the 96-year-old actor who still plays Bill today.

Just before joining DAYS, Aniston had just come off a 4-year stint on Search for Tomorrow where he played Martin Tourner, a man who was married to the show’s main heroine and matriarch, Jo Barron (Mary Stuart).

DOOL Spoilers – Victor Kirakis On DOOL Through The Years

While Victor Kiriakis started out as another mastermind criminal, fans eventually learned he had old ties to Salem and was the first love of Caroline Brady. In fact, he fathered her son, Bo Brady, and that reveal reverberated on the show for years. Victor and Caroline always had a special relationship and he was devastated when she passed away. He was also devastated when Bo died from a brain tumor in 2015.

Other family members have been introduced over the decades, including Justin Kiriakis (Wally Kurth) and Deimos Kiriakis (Vincent Irizarry). Victor was also once married to Kate Roberts (Lauren Koslow, and they share a son, Phillip Kiriakis (Jay Kenneth Johnson)

Victor has been married to Maggie Horton for quite a few years now and she has seemed to tame him a bit. However, when Victor reverts back to his old ways and Maggie finds out, she has left him a few times, yet always comes back. Aniston still appears on the soap delivering Victor’s acerbic one-liners, in turn infuriating viewers and making them laugh.

It’s Suzanne Rogers who will present Aniston with his award on Friday night when the Daytime Emmy Awards airs on CBS at 9 PM EST.