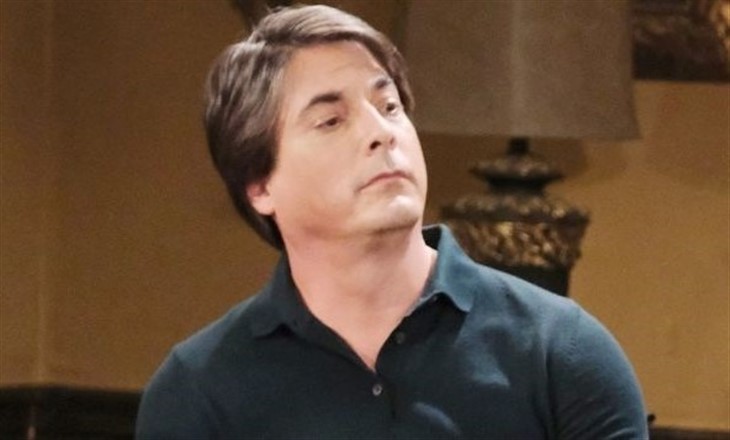 Days of Our Lives spoilers reveal that after talking to Allie Horton (Lindsay Arnold), Lucas Horton (Bryan Dattilo) made a big decision. Lucas called his lawyer and asked to change his plea back to guilty. This means that Lucas will probably go to prison. How long could Lucas be gone for and how will Kate Roberts (Lauren Koslow) handle the news?

DOOL spoilers reveal that now that the kidnapping scheme has been exposed, Allie hasn’t really spoken with Lucas. Last week, Lucas went to visit Allie. Even though Allie wasn’t thrilled to see her father, Lucas tried to make things right.

By the end of the conversation, Lucas wanted to know how to prove himself to her. Allie said that Lucas needs to prove that he can be a different and better man.

After the conversation with Allie, Lucas strolled through Salem. Lucas finally realized what he needed to do. Instead of trying to beat the kidnapping charges, he was going to take full responsibility and accept the consequences. Lucas called his lawyer and said to change his plea back to guilty.

Days of Our Lives spoilers for the week of August 8 reveal that Lucas will have news for Kate. It is hinted that Lucas will tell Kate that he could be going away for a while. This will be difficult for Kate to hear.

Kate might try to encourage Lucas to beat the charges or make some kind of deal. However, Lucas will likely tell his mother that he needs to take responsibility for his actions.

There has been no formal exit announcement. Sometimes the announcements won’t come out until the last minute. However, fans love Dattilo and would like him to stay on the soap.

It’s possible that Lucas might be sentenced to Bayview or given a lighter sentence than anticipated. Of course, there is the chance that Lucas will get a redemption story. Perhaps Lucas ends up finding proof of who really killed Abigail DiMera (formerly played by Marci Miller).

It seems that Dattilo might not be a series regular but could pop back in from time to time. Despite it seeming that Lucas will go to prison, we don’t predict it will be for very long.

What do you think is going to happen to Lucas? Will he get a redemption story or serve a light sentence? Will Dattilo be seen in the soap in the near future or could this really be goodbye? Share your thoughts and remember to keep watching the NBC soap to see what happens next.