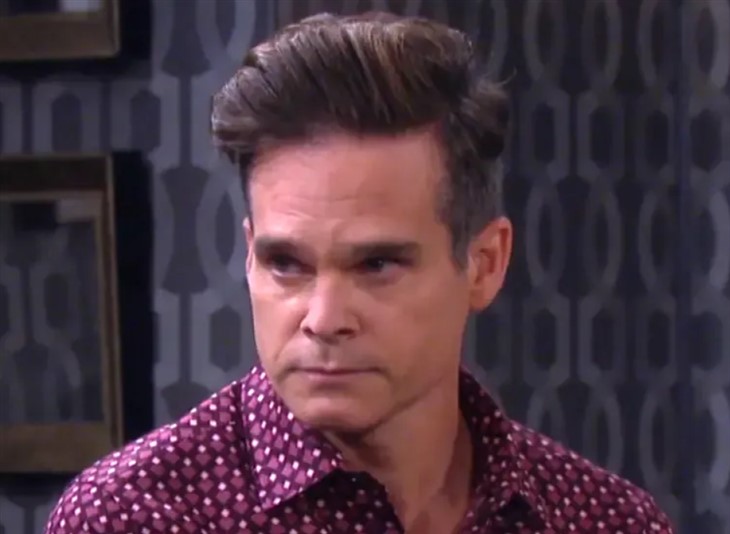 Days of Our Lives (DOOL) spoilers for Thursday, August 11, 2022, reveal more Salemites getting a clue about what really happened the night Abigail died.

Days of Our Lives Spoilers: Kids (Like Thomas) Will Tattletale

As Chad DiMera (Billy Flynn) tries to solve the mystery of how his wife died, he also tries to be a good dad by taking you Thomas out for some ice cream. Thomas then tells him all about the man he met in the tunnels the night Mommy was killed and then spots him. Yes, Thomas points right to Leo Stark (Greg Rikaart) as he is walking through Horton Square, prompting Chad to attack Leo and demand answers.

When he is not having a confrontation with Chad, Leo actually has the nerve to go to Brady Black (Eric Martsolf) and Chloe Lane (Nadia Bjorlin) for a job. So, how will that turn out?

Ava Vitali (Tamara Braun) and Gwen Rizcech (Emily O’Brien) never expected to be in a position where they’d have to keep helping one another when they have trouble with the law, but here we are. The problem is, that the women discuss their various predicaments and schemes too loud and EJ DiMera (Daniel Feuerriegel) overhears them.

EJ now has leverage to use on both women that he will keep in his back pocket for when he really needs something.

Xander Cook (Paul Telfer) and Sarah Horton (Linsey Godfrey) are still at Statesville trying to pull off their little scheme in which they hope to find evidence that Gwen snuck out of the prison the night Abby died, which would be quite a feat and a real fail on the prison’s part.

As Xander put on his Scottish priest persona to trick and charm the warden into seeing if Gwen really was in the library that night as she claims, Sarah does her part the lookout person. Then, they need to go over what they found and start realizing that Ava might be part of the scheme, so are they headed to the DiMera mansion next? That’s where they are also going to find the other person in question, Gwen. Stay tuned to Days of Our Lives weekdays to see how these stories play out.