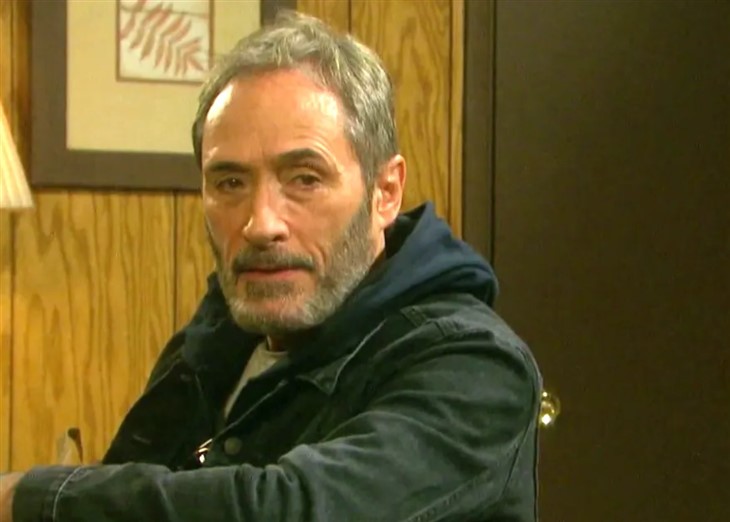 Days of Our Lives spoilers for the week of August 15 reveal that Kayla Johnson (Mary Beth Evans) receives a “gift” from Orpheus (George DelHoyo). Of course, Steve “Patch” Johnson (Stephen Nichols) panics over this gift as it can’t mean anything good. Compounding Steve’s fear is Stephanie Johnson’s (Abigail Klein) unexpected arrival in Salem.

As word got around Salem about Orpheus’ prison release, Steve panicked. Steve met with John Black (Drake Hogestyn) and insisted that they had to make a preemptive strike.

During the week of August 15, Kayla will receive an unexpected and unwelcome gift. This gift just happens to be from Orpheus. It might not be anything ominous… at least when one first looks at it. However, Kayla and Steve both know this isn’t a good sign.

Steve might even confront Orpheus about the gift. Orpheus will probably claim that he’s just showing his appreciation for Kayla saving the life of his grandson, Shawn Christian Brady aka Maddox Frears. As fans recall, Kayla is the reason why the baby didn’t die when Jan Spears’ (Heather Lindell) had a pregnancy complication.

There is no way that Steve is going to believe there isn’t anything sinister behind Orpheus’ gift to Kayla, though. It won’t be enough to get Orpheus thrown back in prison, especially if it’s flowers or a greeting card.

Days of Our Lives spoilers reveal that around the same time as Kayla’s gift, Stephanie returns to Salem. Steve is stunned to see his daughter back in town. Under normal circumstances, Steve and Kayla would be overjoyed to see Stephanie. However, with Orpheus targeting Kayla, Steve could be concerned that Stephanie is at risk.

It seems that Steve will be even more determined to get rid of Orpheus before something happens to his family. However, will Steve make the right decisions, or could it backfire on him? Perhaps this is exactly what Orpheus wants… to look like the victim.

What do you think Kayla receives from Orpheus? Is Stephanie in danger and if so, how will Steve take action against Orpheus? Share your thoughts and remember to keep watching the NBC soap to see what happens next.