Days Of Our Lives Spoilers: The Suspects In Abigail’s Murder 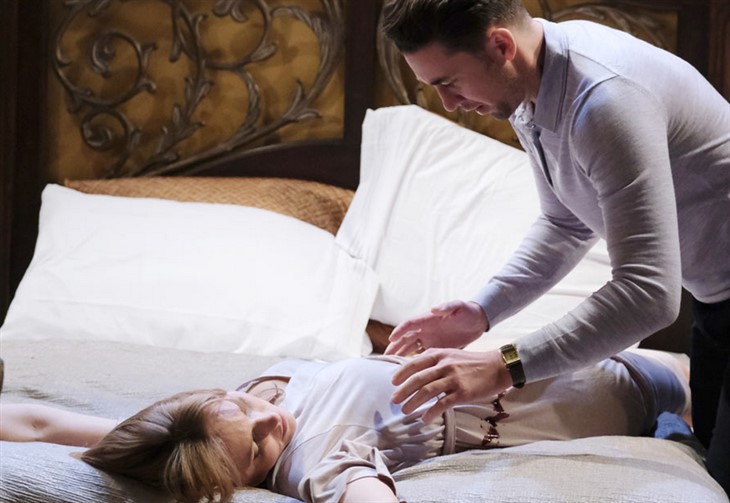 Days of Our Lives spoilers reveal several suspects in Abigail DiMera’s murder and things were set up that way before Chad DiMera even found her body. So, who could have committed such a horrible crime that will have so many reverberations through Salem? After all, the soap made the decision to kill a vital legacy character.

Days Of Our Lives Spoilers – Head Writer Sets Up Suspects

Although three main suspects were essentially handed to us in the episode where Abigail (Marci Miller)was killed, DOOL Head Writer Ron Carlivati says there will be more. “I think other suspects will come to light as the story unfolds,” he said in the June 21, 2022, issue of Soap Opera Digest. “The audience is already aware that there are people who might be motivated to want Abigail out of the way.”

So far, those three main suspects are Lucas Horton (Bryan R. Dattilo), Gwen Rizcech (Emily O’Brien), and Leo Stark (Greg Rikaart), all for very different reasons. It seems Abigail knew too much, wanted to know too much, or got involved with too much. “Gwen obviously has a long history of tension with her sister and it’s Abigail who blew up her life and sent her off to prison. Gwen is in prison, so it seems that she doesn’t have the opportunity to commit this crime, but it doesn’t mean it’s not possible.”

Indeed, the guard at Statesville was curious as to where Gwen really was when she claimed she was using the prison library.

It would seem crazy that Lucas Horton would kill his niece, Abigail, daughter of his sister, Jennifer Horton Deveraux (played by Cady McClain for Abby’s funeral), but he wanted her to stop investigating what really happened to Sami Brady (Alison Sweeney) when Lucas had her kidnapped and he was seen passed out drunk at the end of Friday’s episode.

As for Leo Stark, he definitely had a motive as Abigail blew up his life when she blew up Gwen’s life and both characters wanted their revenge.

“You have Leo, who has a long list of people he wants to get revenge on and we know Abigail is on it,” Carlivati told Digest. “So, that automatically makes them suspect,” he added, referring to Lucas and Gwen as well. We shall see who the other suspects will end up being. Stay tuned to Days of Our Lives weekdays to see how this story plays out.