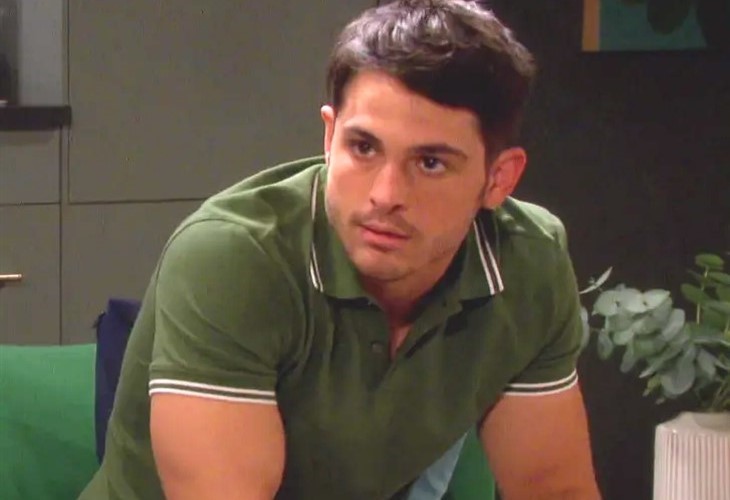 Days of Our Lives spoilers for the week of April 11 reveal that Sonny Kiriakis (Zach Tinker) receives a life-changing offer. This is likely regarding Sonny’s career as the proposition comes from Victor Kiriakis (John Aniston). However, with Will Horton (Chandler Massey) back in Arizona, could this lead to “WilSon” going through too much distance in their relationship?

Days Of Our Lives Spoilers – Will Horton Back In Arizona

DOOL spoilers reveal that fans were excited when both Will and Sonny came back to Salem. While Sonny seems to be sticking around for a while, the same isn’t true for Will. There are ways for the writers to keep “WilSon” together despite the two characters being several states apart. Unfortunately, they will probably break up and Sonny might be paired with someone else.

For those that don’t know, Will is expected to return from time to time. Actor Chandler Massey isn’t full-time though. This is due to Massey having another job that he is extremely passionate about.

During recent interviews, Massey explained that he uses his PTO to come back for brief stints on the soap. If he is available and can take the time off, he is open to coming back for a brief stint. However, don’t expect a full-time return as Massey genuinely loves what he does now for a career.

Days of Our Lives spoilers reveal that when it comes to Sonny, he is directly mixed up in the Leo Stark (Greg Rikaart) drama. Sonny is trying to help stop Leo from taking advantage of Craig Wesley (Kevin Spirtas). Even more important to Sonny is that he gets revenge for what Leo put him and Will through.

Sonny will get involved in another storyline during the week of April 11. Victor extends a life-changing offer to Sonny. Since Victor’s storylines revolve around Titan these days, Sonny might be named the new CEO. After all, Philip Kiriakis (Jay Kenneth Johnson) has disappeared, and Brady Black (Eric Martsolf) isn’t interested in working for Titan again.

Gabi Hernandez (Camila Banus) did have a deal with Victor and Maggie Horton Kiriakis (Suzanne Rogers). However, Johnny DiMera aka “JoDevil” (Carson Boatman) thwarted Gabi and Jake DiMera’s (Brandon Barash) plans to take over Titan Industries and DiMera Enterprises. So, it looks like Gabi’s deal to rule the Salem business world is kaput.

That means Victor needs someone to run Titan and has always preferred a family member. Sonny has the experience and is in Salem again, so this could be what keeps him in town.

With Sonny in Salem and Will in Arizona, what does that mean for “WilSon?” Could the writers be planning to break them up? The distance could already put a strain on the marriage. Plus, with Craig openly living as a gay man now as well as Leo being in town, could Sonny be paired up with one of them?

Sure, there is a lot of bad history between Sonny and Leo. However, writers have tried to redeem villains before and will probably do it again. So, we will have to see if Sonny will get mixed up in a love triangle with Craig and Leo.