Days Of Our Lives Spoilers Next 2 Weeks: Jennifer In Custody, Paulina Scandal, Nancy & Craig Make Up? 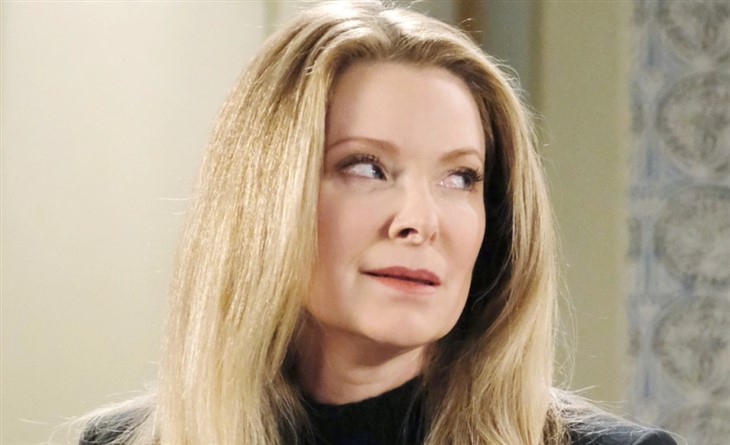 Days of our Lives (DOOL) spoilers for the next two weeks, September 26 to October 7, reveal that a ton of torment is going down in Salem and plenty of people will be gobsmacked out of their gourds when various and assorted truths come out.

Days Of Our Lives spoilers – The Devereaux’s Are In Trouble

Did Clyde Weston (James Read) kill Abigail DiMera (Marci Miller)? During the week of September 26-30, Chad DiMera (Billy Flynn) thinks so and acts on his belief. But the truth is uncovered and Clyde will try to strangle Chad only for EJ DiMera (Dan Feurreiegel) to come to the rescue. Spoiler alert: Clyde’s shooting death could be a sad reality.

Meanwhile, Jennifer gets a visit from Abigail after taking her painkillers. She does a DUI and Gwen Rizczech (Emily O’Brien) could pay.

Gwen’s hospitalization brings Xander Cook (Paul Telfer) running and during the week of October 3-7, Jennifer will admit she has a problem. Just in time her brother, Dr. Mike Horton (Roark Critchlow), arrives and Jennifer goes into a rehab program.

Nancy’s engagement goes south and her failed husband Craig thinks the answer is to reunite with Nancy. Huh?
Days of our Lives spoilers: Craig and Nancy Talk It Out

We’re all for Nancy and Craig burying the hatchet and maybe they will reignite their friendship flame. On the other side of town, Johnny DiMera (Carson Boatman) can’t stop thinking about Ava Vitali (Tamara Braun).

When Chanel Dupree (Raven Bowens) helps Johnny, Allie Horton (Lindsay Arnold) doesn’t like it one little bit. Allie suggests something scandalous, and we leave it up to you to decide what that might be.

Maybe Allie suggests a double date with Ava and Johnny? Because that would not be awkward.

Kristen DiMera (Stacy Haiduk) wants Marlena Evans’ (Deidre Hall) help with Rachel Black (Finley Rose Slater) but Doc is too sick from Orpheus’ (George DelHoyo) toxin to give a bucket. Unless, crafty Kristen obtains the cure with a rare orchid and some magic from Dr. Wilhelm Rolf (Richard Wharton)!

Eric Brady (Greg Vaughan) and Nicole Walker-Hernandez (Arianne Zucker) are busted by Jada Hunter (Elia Cantu) and Rafe Hernandez (Galen Gering), and Sloan shocks Paulina with a scandal just as her political career is about to launch. Hint: Someone paints “murderer” on Sweet Bits!

Days of Our Lives spoilers say the next two weeks will be torrid in Horton Square, so be sure to check out the sudser on Peacock.