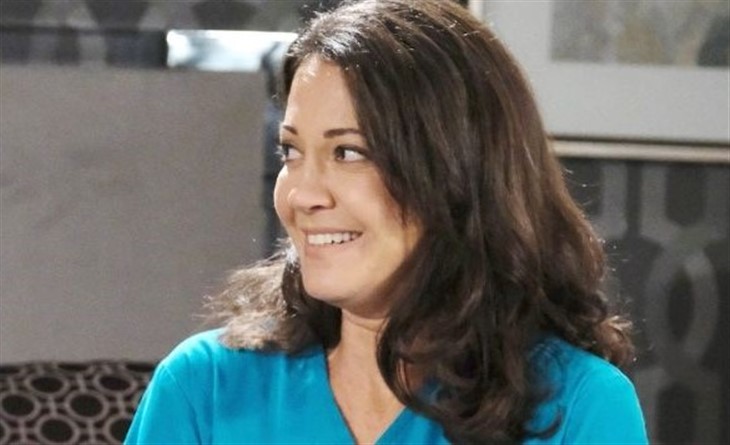 Days of Our Lives spoilers tease that of all the villains who like to create havoc in Salem, Orpheus (George Delhoyo) is probably the most dangerous. Like Stefano DiMera (the late Joe Mascolo) before him, Orpheus seems to always be planning one or two steps ahead. And even from prison, he still seems to have big plans. Also, life Stefano, he keeps his plans to himself, even from his allies and partners!

Days Of Our Lives Spoilers – Orpheus Has Big Plans For Jan Spears!

Even though Jan Spears (Heather Lindell) just had a baby from a one-night stand with Orpheus’ son Evan Frears (Brock Kelly), Orpheus helped Jan fake a paternity test so she could pass of the baby as Shawn Brady’s (Brandon Beemer). Even didn’t even know he had another son until told him Orpheus knew that if Shawn thinks it was his baby, then Jan will likely not return to prison to finish her sentence. Shawn arranged for Jan to be on house arrest and that will likely continue. Orpheus told his son that he had big plans coming to fruition very soon and that he needs Jan both free and indebted to him.

DOOL Spoilers – Evan Frears Will Go Along With Orpheus’ Plans For Now!

Although he isn’t happy that he can’t claim his son as his own, he’s likely to go along with Orpheus’ plans for now. Evan is in prison for strangling Jordan Ridgeway (Christel Straus) so it’s not like he will be available to parent his kid for now. Also, Orpheus has a way of instilling fear even in own children. But what could Orpheus need from Jan. She is not very reliable even on her best days, so whatever Orpheus needs it is not likely that complicated!

Days Of Our Lives Spoilers – Orpheus Will Use Jan Spears As A Spy!

The most likely use that Orpheus has for Jan is information. As long as Shawn believes that Jan’s baby is his, Jan will be in a perfect location to spy on Shawn and the rest of the police force. Orpheus already seems to have a vast network of informants and contacts. Clyde Weston (James Read) seems to be part of Orpheus’ future plans, so these plans may have to do with moving drugs through Salem. If Jan can help keep the cops from drug shipments or even just keep him informed on any information the police may have gathered. Orpheus also will likely once again want to hurt Dr. Marlena Evans (Deidre Hall), he may need Jan to help with that especially given the fact that Marlena has agreed to be Jan’s therapist on a trial basis!

Why does Orpheus need Jan Spears? Will Evan be able to keep the fact that he’s the father under wraps? What does Orpheus have in store for Salem in the coming weeks and months? Anything can happen in Salem so stay tuned to Days of Our Lives airing weekdays on NBC. And don’t forget to check back right here regularly for all your Days of Our Lives news, information, and spoilers!