Days of Our Lives Spoilers: Lucas Horton Has A New (Bad) Plan 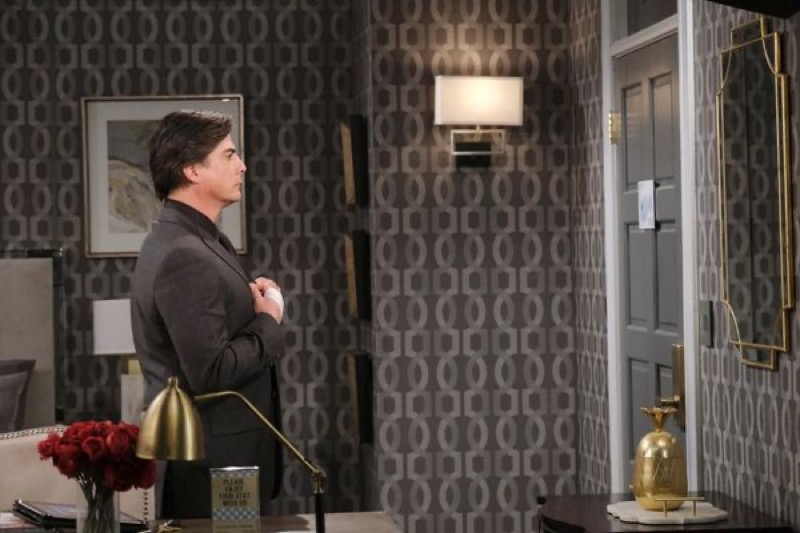 Days of Our Lives (DOOL) spoilers for Friday, July 15, 2022, reveal a Sami and EJ epic fight, as well as Chad thinking he found answers but has he?

Days of Our Lives Spoilers: Chad Wants Answers From Lucas

With Lucas Horton’s (Bryan R. Dattilo) plans to marry Sami Brady (Alison Sweeney) once again being blown sky-high by a raging Chad DiMera (Billy Flynn), Lucas isn’t even sure what to say when Chad goes after him to find out what he really did the night Abigail DiMera (Marci Miller) was killed.

The problem is, Lucas was so drunk he has no idea. He can’t imagine that he would ever kill his niece, but Sami couldn’t imagine he would have her kidnapped and held hostage for months just to play hero and win her back from EJ DiMera (Daniel Feuerriegel). One never knows what Lucas is capable of now and Chad can’t believe he lied to cover for Lucas all those months ago when he had no idea what was really going on.

While Chad berates him, Lucas tries to figure out where it all went wrong. He and Sami even shared vows and exchanged rings, but they never ended up man and wife. What made him think kidnapping Sami was a good idea and that nobody would ever find out? None of this is like Lucas and one has to wonder if something else is going on here.

A Sami And EJ Showdown

Now that the truth about Lucas is out, Sami can see the error of her ways and EJ is right on hand to say ‘I told you so,’ which leads to an epic fight between the former husband and wife. Does Sami think she really has a chance with EJ now the way that she treated him and watched him to go jail? She divorced him as quickly as she could and planned yet another wedding to Lucas. It seems EJ is not amused.

Well, now that EJ seems to have completely fallen for Belle Black Brady (Martha Madison), Sami is absolutely fuming. How could he have turned to her sister and turned her away? Well, hell hath no fury as a Sami scorned. She may be leaving town by Friday, but not without some big plans. Stay tuned to Days of Our Lives weekdays to see who those suspects end up turning out to be.