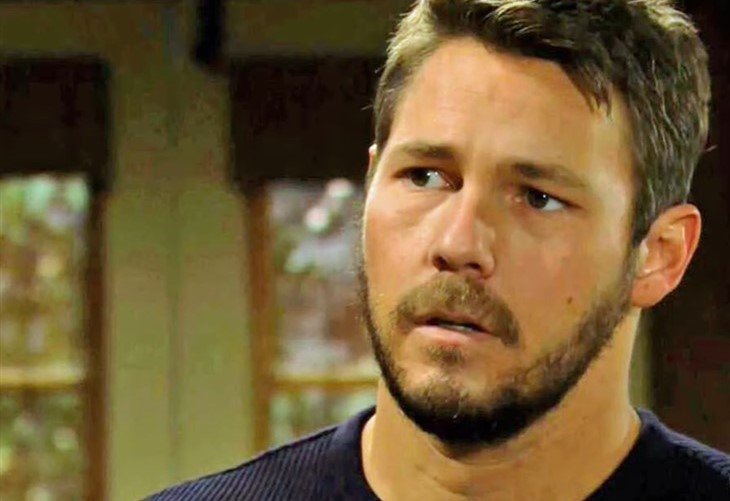 The Bold and the Beautiful (B&B) spoilers document that Steffy Forrester Finnegan (Jacqueline MacInnes Wood) has endured horror. But at least she was able to wear that wire and bait Sheila Carter (Kimberlin Brown) into offering a confession that has put B&B’s all-time leading villain behind bars.

Liam Spencer (Scott Clifton), like everyone else, was shocked to learn that Sheila inadvertently killed her son, thought she killed Steffy, and then covered up her crimes to look like a robbery. He knows that what the mother of his daughter, Kelly Spencer (Sophia Paras McKinlay), endured has taken a serious mental and physical toll on her.

Steffy is teased to make an announcement to Liam that appears to lead to a temporary change on B&B.

The Bold And The Beautiful Spoilers – Keeping Up With The News

Readers of this comprehensive soap site know that Wood’s is expected to give birth very soon. Of course, fans of the actor can check her Instagram page whenever they like for the star’s most recent update about her pregnancy.

Wood may already be out on maternity leave, as current scenes showing in mid to late May were shot approximately one month ago. Advanced filming can allow Steffy to remain on the show sporadically through the spring and potentially into the start of the summer.

It would make sense to all viewers after all that Steffy has gone through if she tells Liam that a vacation is ahead. As was true during Wood’s last pregnancy, Steffy was said to have taken a trip up the California coast.

John Finn Finnegan (Tanner Novlan) joined her and Kelly on that trip. They later returned refreshed.

Of course, Finn was killed by Steffy. So, one could assume that if Steffy leaves Los Angeles, California for awhile, she, Kelly, and Hayes could travel without their nanny. Also, Taylor Hayes (Krista Allen) could join them at the start of the trip or along the way to make sure all is okay.

Liam is a good dad to his children. As for Hope Spencer (Annika Noelle), he has been a good husband. But fans know that Liam tends to stretch himself too thin, which can be seen as not being respectful to his marriage.

Hope deserves Liam’s commitment because they are married. She is fully supportive of the time he spends with Kelly and knows that Steffy is part of his romantic past.

If Steffy does leave LA for a short period, Liam and Hope could spend more quality time together. He will always be there for Kelly and can be a friend to Steffy, but should be nothing more than that as long as he is married to Hope on B&B.