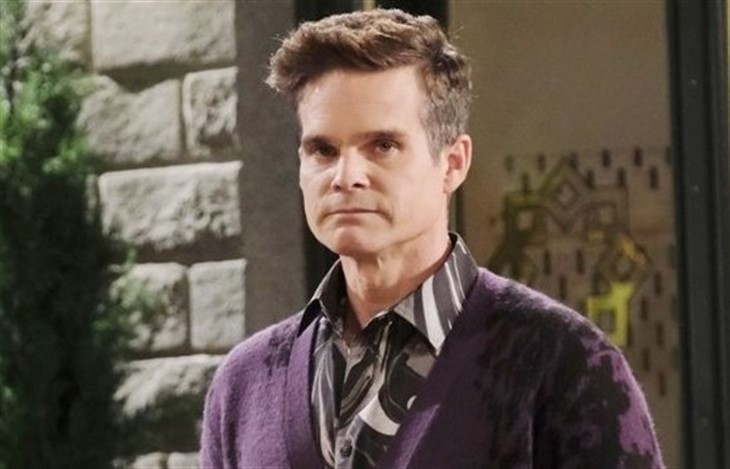 Leo comes to visit Gwen in Salem University Hospital where she’s recovering from hit and run injuries after Rafe Hernandez (Galen Gering) found her unconscious. She was run into right in front of the Salem Police Department after having warned Jack that Jennifer was using opioid painkillers. Jack didn’t want to believe her at first but then he found the bottle when he was at the Horton House with Julie Williams, (Susan Seaforth Hayes).

Jennifer had hallucinated Abigail DiMera (Marci Miller) and went for a drive and hit Gwen in front of the police department and didn’t remember. Gwen didn’t either, but it came back to her after Jack and Rafe questioned her and she confided it in Leo, and he had an idea.

Leo thinks Gwen should blackmail Jack for money to keep Jennifer’s hit and run of her quiet but Gwen turns him down flat. She doesn’t want money and doesn’t want to capitalize on Jennifer’s grief; she knows why she became addicted again and doesn’t want to ruin her good standing with her dad. Leo fumes because it’s such a brilliant scam, and he decides to pump Jack for money to keep quiet himself, but he doesn’t tell Gwen. In the meantime, Jennifer remembers she ran into Gwen and comes to apologize, telling her she’ll turn herself in, Gwen talks her out of it and forgives her. Gwen knows what Jennifer is going through and has sympathy, being raised by a mother who was an addict herself.

Jack’s reaction to Leo’s blackmail is to threaten him with another arrest; Gwen already warned him Leo might try this and she’d put a stop to it herself if necessary. Jack has no patience for scams from the person who he thought might have killed his daughter up until it was proven to have been Clyde Weston (James Read). Jack doesn’t mince words when he tells Leo that he has Rafe on speed dial and he’ll be right over to arrest Leo for extortion.

Jack knows how to sound threatening and vicious and with Leo, he lets loose with his best scare. Leo gives up his blackmail idea and quickly leaves, and goes to think up his next scam and execute it.