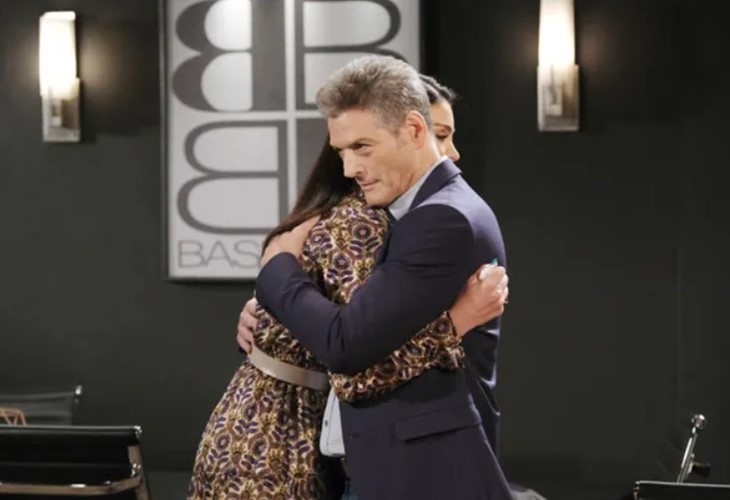 Days of Our Lives (DOOL) spoilers for Thursday, January 27, 2022, reveal Chloe catching Craig in a compromising moment and demanding to know what’s really going on.

Chloe Lane (Nadia Bjorlin) swore she believed her father when he said he was not having an affair and cheating on Nancy Wesley (Patrika Darbo) with another woman. However, when she catches him on a secret phone call, she decides she was wrong and he must be lying. Craig Wesley (Kevin Spirtas) insists he is not and is not with another woman, but what he does tell Chloe is shocking.

Since she’s been back in Salem, Nancy has certainly noticed the closeness between Brady Black (Eric Martsolf) and Chloe and she wants to know more. So, she asks Brady what has been going on between him and Chloe and he doesn’t quite know what to say.

Well, Nancy knows what to say and tells Brady that she thinks he should go for it with Chloe and make them a couple once again.

Paulina Price (Jackee Harry) just can’t escape the secrets of her life from coming out. Thanks to Satan, everyone now knows she is Lani Grant’s (Sal Stowers) mother and not her aunt, which completely ruined her romance and wedding to Abe Carver (James Reynolds). She had to confess she was in an abusive relationship and gave her baby to her sister to protect the little girl.

Now, that man is in Salem and she runs into him right in the middle of Horton Square and it turns out he is the Hollywood producer who JoDevil (Carson Boatman) needs to take care of. Will Lani want to get to know her biological father or not? Stay tuned to Days of Our Lives weekdays to see how these stories play out.