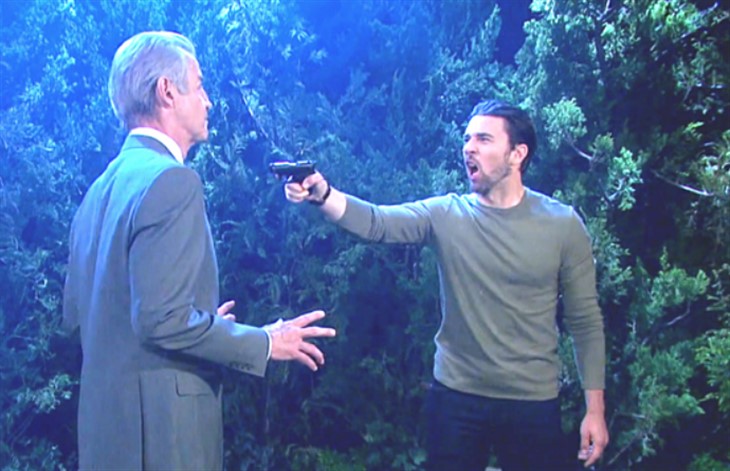 Days Of Our Lives Spoilers – Full Circle For EJ DiMera

It’s been eight years since Clyde Weston (James Read) had EJ DiMera (then played by James Scott) shot to death in the park, or at least we thought he was shot to death. Being presumed dead and then burned in a fire changed EJ’s entire existence, and he finally gets his revenge by trying to save his brother’s life.

After all, it was Belle Black Brady’s knowledge of what Clyde did that made her a target the night Abigail DiMera (Marci Miller) died. It’s still unreal that nobody really wanted to kill Abigail, but it also makes sense because all of this time, we never really saw anyone with any real motive to do it.

Now, it is Clyde with a bullet in his back, EJ (Daniel Feuerriegel) standing there alive and well with the literal smoking gun and Chad DiMera (Billy Flynn) left speechless but also relieved. Will Clyde survive this bullet wound or is this really the end of such a heinous character?

No, Jennifer Rose Horton Deveraux (Cady McClain) never should have been behind the wheel of a car while high, but talking to the spirit of Abigail didn’t help matters and now it looks like Jennifer mows down Gwen Rizcech (Emily O’Brien) without even realizing she did it.

Xander Cook (Paul Telfer) is at the hospital with Gwen is rushed in and he’s shocked by her condition. Will he be by her side after all the lies she told him now that Sarah Horton (Linsey Godfrey) has dumped him again? Will Sarah be there and see that it’s clear Xander still has feelings for Gwen?

It looks like Jennifer arrives back home without even knowing what the heck is going on with Gwen and that’s when Jack Deveraux (Matthew Ashford) and Julie Williams (Susan Seaforth Hayes) confront her about the pills. Jennifer tearfully admits to all of it and that yes, she has been taking drugs.

However, Jack might not have time to hear the whole story and comfort his wife when he gets a call about his still-living daughter almost dying. Stream Days of Our Lives weekdays on Peacock by 6 am EST each morning.