Days of Our Lives Spoilers: Chad Seeks Revenge On Clyde 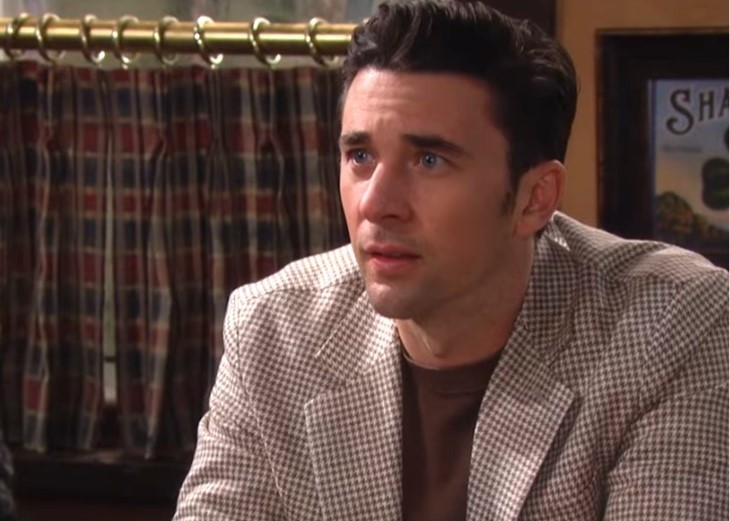 Days of Our Lives (DOOL) spoilers for Monday, September 26, 2022, reveal Chad deciding to take the law into his own hands now that he knows who killed his beloved wife, Abigail DiMera.

Days Of Our Lives Spoilers – It’s Clyde Weston After All

Now that Chad DiMera (Billy Flynn) knows that it was Clyde Weston (James Read) who killed Abigail DiMera (Marci Miller), instead of going to the bumbling Salem PD led by bumbling Rafe Hernandez, he gets a gun and goes after Clyde on his own.

Clyde isn’t really here for it at the moment because he still plans marry Nancy Wesley no matter what Chad is getting in the way of that. Plus, he did his time and even if he is a cold-blooded killer he has no intention of going back to Statesville. That part of his life is over when Chad wants Clyde’s entire life to be over.

DOOL Spoilers – The Race To Stop The Wedding

After everything that has happened in the last six months, Chloe just wants her parents to be happy. Unfortunately, Nancy’s heart is about to be broken in pieces again. Craig already devastated her when he broke up their marriage by coming out of the closet and she never thought she could find happiness again.

But now Chloe has joined with her father to talk some sense into her mother and it looks like it’s going to take Craig talking to Nancy to make her realize she is about to make one of the biggest mistakes of her life.

Belle Black Brady (Martha Madison) and EJ DiMera’s (Daniel Feuerriegel) little affair didn’t last beyond one quick night in bed, but they still are quite fond of one another. Belle just knew that EJ would always have a thing for her sister, Sami Brady (Alison Sweeney), so she made sure to end things quickly.

So, EJ decides to confide some big news in Belle and it has to do with his own family. Stefan O. DiMera (Brandon Barash) is back and EJ and his brother plan to make things very difficult for Gabi Hernandez (Camila Banus) and Li Shin (Remington Hoffman). Stream Days of Our Lives weekdays on Peacock by 6 am EST each morning.