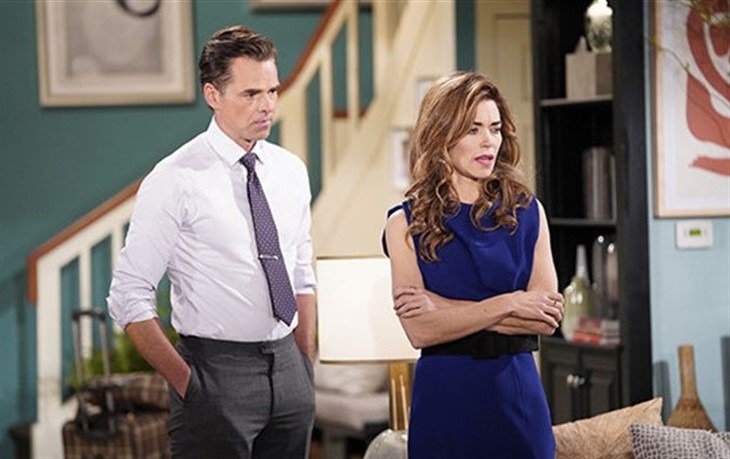 The Young and the Restless (Y&R) spoilers for Monday, September 26, 2022, reveal Victoria and Billy coming to a resolution about the Chelsea situation — for now.

The Young And The Restless Spoilers – Is It Time For Johnny Abbott To Know The Truth?

Victoria Newman (Amelia Heinle) resisted hearing what Chelsea Lawson (Melissa Claire Egan) has had to say about Johnny Abbott for months but when Chelsea makes one more plea, Victoria listens to her and even seems to hear her this time. Perhaps letting Johnny know that Chelsea is his bio mom is the right thing to do. After all, it would give Johnny a brother close to his age in the form of Connor Newman (Judah Mackey), who he now thinks of as his cousin.

First, Billy Abbott (Jason Thompson) and Victoria discuss the situation and they come to a painful decision. No matter how much they didn’t want to deal with this now, they have to and they have to come clean with Johnny. It might not be easy but in the end, it could all work out.

Sally Spectra (Courtney Hope) has definitely been enjoying her time with Nick Newman (Joshua Morrow), but she can’t get his brother Adam Newman (Mark Grossman) out of her head. She was and clearly still is in love with Nick’s younger black sheep brother and that love doesn’t just go away. Sally defended herself as much as she could and denied any affair with Nick when Adam confronted her but Adam also made it clear that he doesn’t believe her.

As she tries to distract herself with Nick on Monday, she can’t get Adam out of her mind and it seems to become apparent to Nick that perhaps this relationship just won’t work out.

The Young And The Restless Spoilers – Fixing Chancellor-Winters

Nate Hastings (Sean Dominic) and Devon Hamilton (Bryton James) sure have made a mess of their new business venture in just a few short months. Thankfully, Jill Abbott (Jess Walton) steps in to fix their mess and she is going to need Lily Winters’ (Christel Khalil) help to do it. Will they succeed or did Nate and Devon manage to break it all? Stay tuned to The Young and the Restless weekdays to see how these stories play out.

Days of Our Lives Spoilers: Chad Seeks Revenge On Clyde