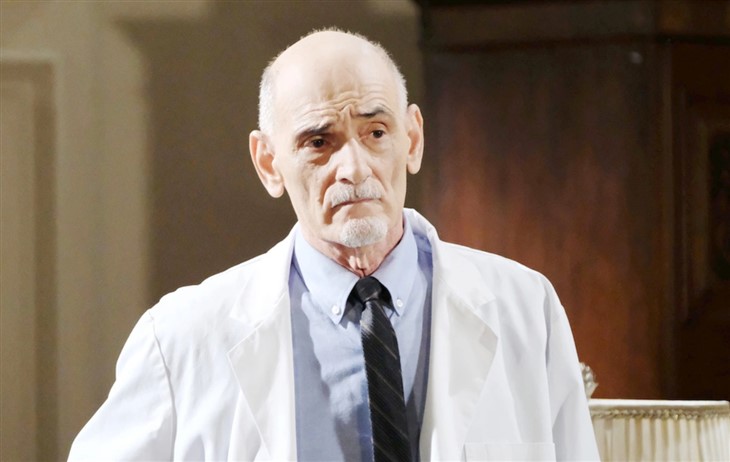 Days of Our Lives fans got quite a tease two weeks ago when the beloved Bo Brady made a ghostly appearance to save Ciara’s baby, as well as the life of Tripp Johnson, but that doesn’t mean he had to be dead, right?

Days Of Our Lives Spoilers – Can Bring Back Anyone

Unlike other soaps that kill off a character in which a character is seen dying and a body is found, Days of Our Lives has a secret weapon and that secret weapon has a name — Dr. Wilhelm Rolf. Dr. Rolf (Will Utay) has managed to bring Will Horton (Chandler Massey), EJ DiMera (Daniel Feuerriegel), Jack Deveraux (Matthew Ashford), and others back from the dead with a secret formula that causes amnesia as a side effect.

But never fear, Dr. Rolf has a cure for that amnesia too. It’s how all these dead characters seem to be living happy living lives now, so how about Bo Brady?

When Bo Brady died, it was one of the saddest and most heartbreaking moments in DOOL history. He had just made his way back to his Fancy Face, Hope Brady (Kristian Alfonso), when he learned he had a brain tumor. The two shared one last night together and Bo then died in Hope’s arms as she wailed in the same spot where they shared their first kiss back in 1983. It was a Fourth of July kissing booth and Bo bought all the tickets when he learned Hope was the young woman he was going to be able to kiss.

Hope has been forced to go on with life without Bo since 2015, with Peter Reckell making one return to the next year in Hope’s dream. He said he would never return again, but he already did for May sweeps in 2022 and is slated to be on Days of Our Lives: Beyond Salem this summer, so why can’t Reckell return permanently?

All DOOL would have to do to get Bo and Hope back on our screens is have Dr. Rolf tell everyone he brought Bo back to life years ago and Bo’s appearance in May was just a figment of Ciara (Victoria Konefal) and Ben Weston’s (Robert Scott Wilson) imagination, as well as Steve Johnson (Stephen Nichols). Stranger things have happened and it would warm fans’ hearts for Salem to have its hero back again. Stay tuned to Days of Our Lives weekdays to see if Bo Brady really can make a return.