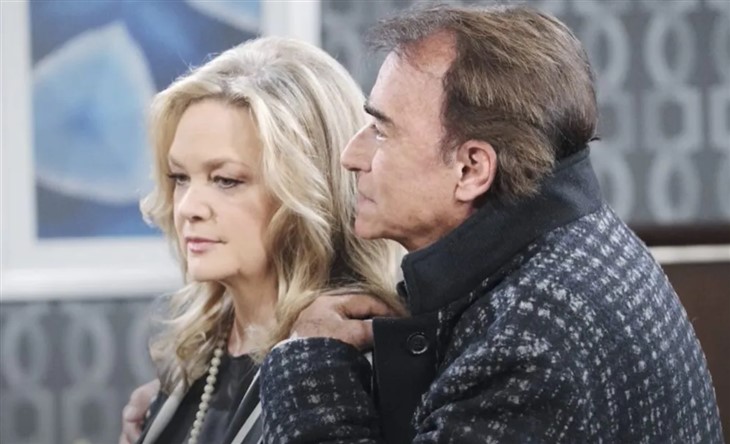 Days of Our Lives spoilers reveal that Sarah Horton (Linsey Godfrey) believes she is Renee DuMonde (formerly Philece Sampler). Tony DiMera (Thaao Penghlis) and Anna DiMera (Leann Hunley) will be brought back to a painful time, such as when Renee caused the death of their unborn baby Could Renee’s diaries lead Tony and Anna to discover their baby might still be alive?

DOOL spoilers reveal that Sarah has been missing for nearly a year. Kristen DiMera (Stacy Haiduk) covered her tracks well. However, the truth is out now and Sarah has been found.

When Tony and Chad DiMera (Billy Flynn) arrive at the deserted island, Abigail DiMera (Marci Miller) won’t be the only Salemtie that is rescued. Sarah, Steve “Patch” Johnson (Stephen Nichols) and Kayla Johnson (Mary Beth Evans). There is only one problem… Sarah thinks she is Renee.

It is confirmed that Tony will be stunned when Sarah runs up to embrace him. Tony doesn’t understand and thinks Sarah has a screw loose. However, Tony soon learns about Sarah’s condition.

Tony decides during the flight back to Salem to placate Sarah. Tony knows how dangerous someone with a mental illness can be. Plus, with Renee previously trying to kill Anna, he worries about what Sarah will do next.

Days of Our Lives spoilers reveal that Tony will fill Anna in on Sarah’s condition. However, Tony and Anna have completely different ideas on how to handle the disturbing situation. It’s not known how long Sarah will think she’s Renee, but Tony could get to know her better.

Now, Tony won’t be interested in fulfilling Sarah’s delusion that they are in love. Tony knows that Sarah isn’t really Renee. However, Tony might want some answers, which Sarah could provide since she read Renee’s diary.

Back in the day, Renee drilled a hole in a boat to get Anna to drown. At the time, Renee didn’t know that Tony would be on that boat too. However, he was and the couple ended up both being in danger of dying. Both Tony and Anna survived the ordeal. However, Anna’s unborn baby died. At least, that was the story back then.

Soaps rewrite history all the time. So, what if Anna’s discussion with TR Coates (William Christian) about lost daughters kicks off a new storyline? What if Sarah aka “Renee” reveals that Anna’s baby never actually died.

That could make Tony and Anna begin their search for truth and their daughter. Could we soon see yet another new DiMera? Is it possible that Tony and Anna’s daughter is in Salem right now? We will have to keep watching to find out!