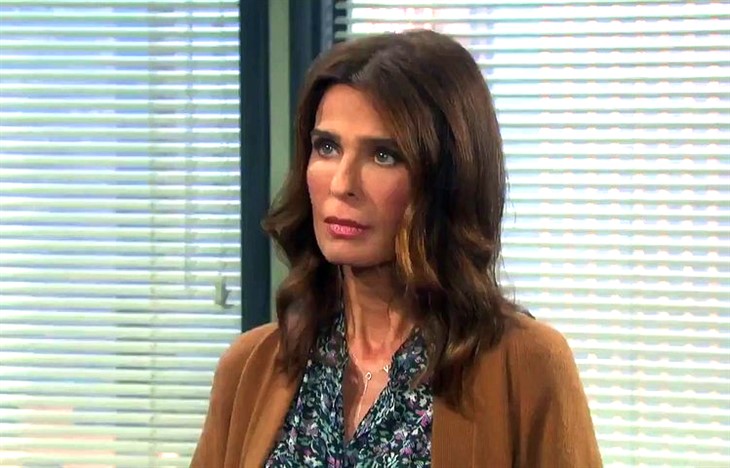 Days of Our Lives (DOOL) spoilers and updates reveals a blind item release that hints at a popular character recast have fans wondering if Hope Brady (ex-Kristian Alfonso) is about to return. Fans know that Kristian left the show and planned to move on to other projects. However, Hope is a much-needed character. Will Hope be recast?

Days of Our Lives Hope has been living halfway across the world for months. Hopes father has been put in a mental institution. Doug Williams (Bill Hayes) has also been possessed by the devil. Doug could have been killed and Hope would have been nowhere to be found. The Devil is also obsessed with Ciara Weston’s (Victoria Konefal) baby. Hope would have been in Salem taking on the devil herself before she let him close to her daughter. Ciara needs her mother to be with her during this time. Why would Hope miss out on her new grandchild and try to protect him or her?

The blind item reads that one daytime drama is looking to recast an off-screen character. Several soaps have characters that have been offscreen but Hope has been gone the longest is the one that most needs recast. Hope has never been an absent parent and never would be, especially when it comes to Ciara. Hope was with Ciara much more than her father ever was. Hope would not be a satellite parent or grandparent. Hope would want to be there and be hands-on. Kristian doesn’t want to come back to the show presently but that does not mean she won’t want to return in the future. A temporary Hope recast is better than none.

Days Of Our Lives Spoilers – Another Soap Could Be The Subject

Days Of Our Lives may have the most wanted character to be recast but it could be another soap. After all, Jocelyn Jack from General Hospital is about to have some trouble so she could need her father to come home soon. Could Jasper Jacks (ex-Ingo Rademacher) be the character that is being recast? General Hospital’s Jason Morgan (ex-Steve Burton) is needed as well and he could be the subject of the recast. No matter which soap this item is from, it seems that a beloved character could be returning soon.

Blind items come and go as do actors and actresses. However, fans want their favors to return whenever possible. Recasts often have problems being accepted and that is likely to be the case once again. Hopefully, we will soon know who it is.