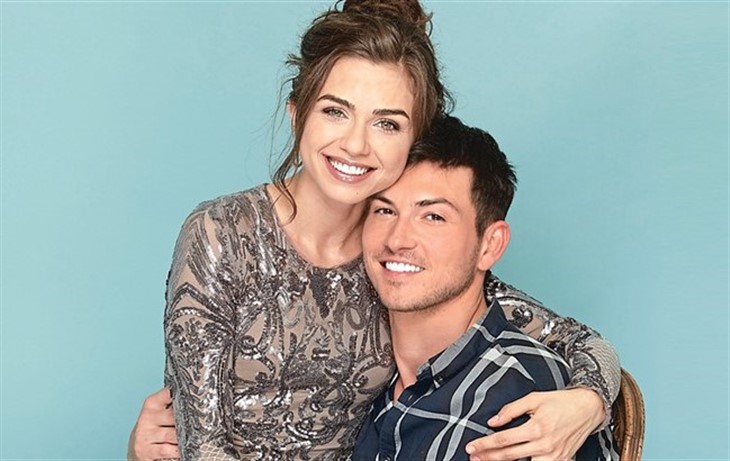 Days of Our Lives comings and goings reveal the official end (for now) of Robert Scott Wilson and Victoria Konefal’s run on the soap as Ben Weston and Ciara Weston.

Days Of Our Lives Spoilers – Sail Away

Like Bo Brady (Peter Reckell) and Hope Brady (Kristian Alfonso) before them back in 1987, Ben and Ciara are set to literally sail away into the sunset with their newborn son Bo Brady Weston, as Bo and Hope did with their newborn son, Shawn-Douglas Brady (played as an adult by Brandon Beemer). Bo and Hope set sail on The Fancy Face as Ben and Ciara set sail on the Living In Cin.

The boat was a gift from Hope, who has not been in Salem since early 2020, but Ben and Ciara are set to see her mom soon. For now, they are going to enjoy some together time with their baby and with some peace.

As DOOL fans know, they have been through quite a time over the last year with Satan after their baby for some reason. Apparently, no other baby would do. It had to be this one for the Devil to possess from birth. After they finally rescued their baby and rid Salem of Satan once again, they had to put up with Ben’s ex-con dad Clyde Weston (James Read) in their midst. Now, they are ready for some alone time with their baby.

DOOL Spoilers – Where The Actors Are Going

It’s been quite a while since Victoria Konefal had agreed to be under contract with DAYS and the soap wasn’t able to use her to the potential it wanted due to her recurring status so the show decided to write her and her character out. However, they wanted to give Ben and Ciara a happy ending, so Ben is going with Ciara this time rather than killing off Ciara again.

There are rumors that Robert Scott Wilson is back on set taping already but not as Ben. Instead, the Twitterverse has it that Wilson will return to the soap as a new character, Alexander Kiriakis, Justin Kiriakis’ (Wally Kurth) son with Angelica Deveraux (Jane Elliot, Judith Chapman, Morgan Fairchild). He wouldn’t be the first actor to return to any soap as a whole new character. Stay tuned to Days of Our Lives weekdays to see if this actually happens.

Kate Middleton Is Sensitive To The Memory Of Princess Diana