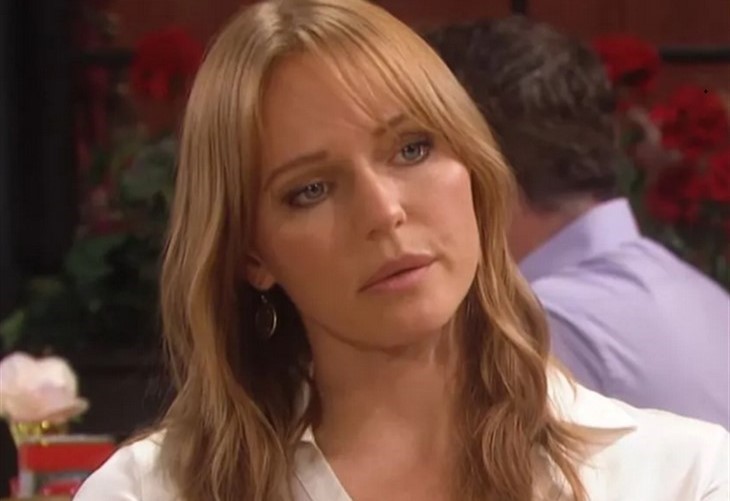 Days of Our Lives spoilers reveal all of Salem wanting to get to the bottom of who on earth murdered Abigail DiMera in such a brutal way. And one of her own relatives wonders if he is the one who did it.

Abigail’s (Marci Miller) new passion for being an investigative reporter got the best of her way too much this year. First, she ended up kidnapped to remote DiMera island where she got to bond with her crazy sister-in-law, Kristen DiMera (Stacy Haiduk), as she played host to a number of Salemites who were just getting in the way of her harebrained schemes.

Then, Abigail found all the happiness she even wanted with Chad DiMera (Billy Flynn) even as she went digging again to try to learn who really had Sami Brady (Alison Sweeney) kidnapped. Then, she ended up dead and the one person who really wanted Abigail to give up her latest investigation doesn’t remember what happened that night. And he might just be a suspect.

DOOL Spoilers – Lucas Horton Tries To Put The Pieces Together

The idea that his niece, Abigail, is dead when he wanted Abigail stopped is haunting Lucas. He was crazy enough to have Sami kidnapped. Was he crazy enough when drunk to kill his own sister’s daughter? Since he can’t remember a darn thing about what happened after he fell off the wagon and took that drink, you never know.

“Abigail knew that Lucas tried to mess with EJ’s computer records,” Bryan Dattilo said in the June 28, 2022, issue of Soap Opera Digest. “She’s a trust say and Lucas was in a panic she was going to rat him out. He’s a wreck and overwhelmed with emotion because he loves Abigail. To think that he may have been responsible for her death is horrifying. It really sends him over the edge.”

Lucas is in more of a panic this week when he learns from Brady Black (Eric Martsolf) that the killer took money and jewelry from Abigail’s room, so Lucas rushes back to his own hotel room to see if he can find anything that can tell him what happened that night. “He’s looking to find clues to fill his memory in, get himself off the hook for murder, and get close to the truth,” Dattilo said. Stay tuned to Days of Our Lives weekdays to see who really killed Abby.