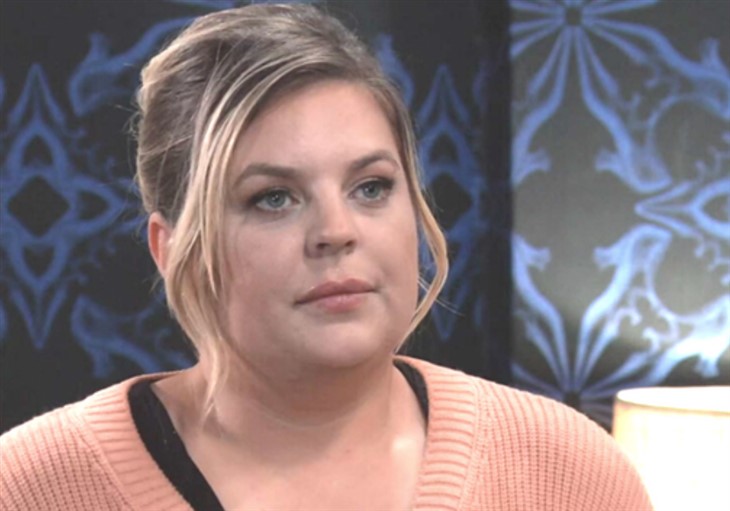 General Hospital Spoilers indicates a stiff competition exists in Port Charles for the title of thou which has suffered the most loss. In a city which boasts more than its fair share of mobsters, psychos, and mystery illnesses, loss is prevalent. Still, Maxie Jones (Kirsten Storms) has shouldered quite a bit of heartbreak.

Her First Best Friend, She Will Never See Again Over the years, Felicia Scorpio (Kristina Wagner) wasn’t always available for her children. Consumed by her work and various love affairs, Felicia was frequently off chasing a lead with Frisco Jones (Jack Wagner) or Mac Scorpio (John J. York). So it was a blessing that Maxie had her little sister — Georgie Jones (Lindze Letherman) — to pal around with. Sadly, Georgie died in 2007 after being strangled by the Text Message Killer, Diego Alcazar (Ignacio Sericchio).

In 2018, Cesar Faison (Anders Hove) returned to Port Charles after being lured out of hiding by an article Peter August (Wes Ramsey) published in The Invader. When the veteran GH madman pulled out his gun and fired shots into the chest of PCPD officer Nathan West (Ryan Paevey), who was also Maxie’s husband, and Faison’s son — unbeknownst to him.

Following Nathan’s death, his long lost half-brother, Peter, befriended Maxie. He held her hand as she grieved the loss of her husband. She went up against her parents and concerned friends who expressed worry that she was falling for the other son of Faison. Ultimately, Peter not only broke her heart but tore her life apart as the truth came out he was every bit the monster his father was.

Pregnant with his daughter, Maxie went to desperate measures to secure safety for her baby, pretending the baby was kidnapped while she was actually under the care of Brook Lynn Quartermaine (Amanda Setton) — who was, of course, pretending the baby was her own. But that only lasted for so long before Peter found the child and took her, leading Maxie to have to agree to leave her baby girl behind for a life on the run with Peter. Fortunately, the authorities caught up with them thanks to a few good clues Maxie left behind.

Maxie has since healed from the travesty that was Peter August, but her budding romance with Austin Gatlin-Holt (Roger Howarth) — a new doctor in town who has his own secrets — may soon take a turn for the worst. What do you think is headed Maxie’s way in the romance department this time? At least we know Austin is no son of Faison! Keep checking back with up for more General Hospital news, updates, and spoilers!