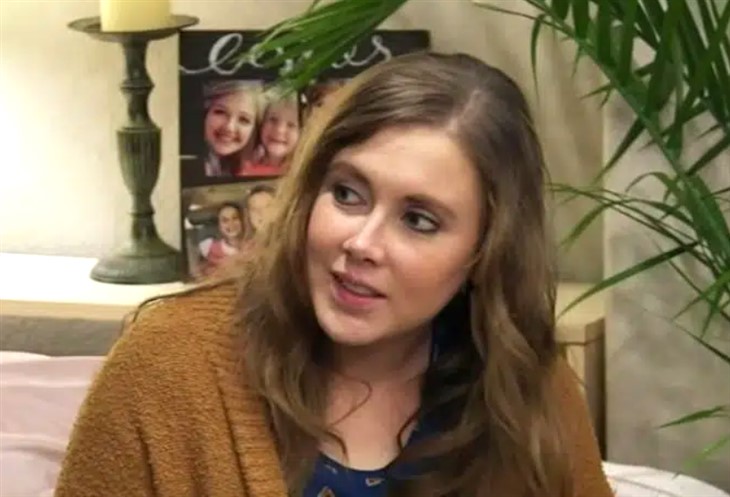 Counting On fans knew that Anna Duggar always believed her husband was innocent. Despite all the days of court attendance, she seems convinced that he didn’t commit the crime that convicted him for possession of child p**n. Since his conviction, she said nothing about him sitting in jail at all. However, on February 3, she finally broke her silence about her husband on Instagram.

TLC fans seem flummoxed by Anna who still video calls her husband in jail. Given his history of molestation of his younger sisters, fans think they might never speak to their husbands again if that happened to them. Well, clearly Anna hopes against hope that her man comes home soon and resumes being a dad. If you don’t know, he still awaits his sentencing in April this year. However, he was held in custody after his conviction. There, he is in protective custody in case other inmates object to his crime. Actually, it’s quite common in cases involving the abuse of children.

Counting On fans never heard Anna speak about Josh after he was found guilty. However, his mom and dad, Michelle and Jim Bob Duggar gave a statement. They said that they will support his wife and kids, and pray for Josh. Other people related to the TLC family said that they felt glad that justice was served. But, not Anna. In fact, ever since she ran out of the courtroom after the verdict, she said nothing at all. However this week, she suddenly talked about Josh. Mind you, she never mentioned his name.

When Anna Duggar posted about Josh, she just wrote, “There is more to the story,” and directed TLC fans to a link in her bio. Very wisely, she disabled comments. Can you imagine what people might say to her if she didn’t do that? A lot of people slam her for sticking by her husband. Plus, bloggers keep her belief in his innocence alive. People who once cared for Anna now become very frustrated with her. Of course, as she now seems to rely on Jim Bob for support, she probably only posts what he allows.

The link that the Counting On alum shared took people to the NWA homepage of downloads. Well, clearly she supports her husband and still believes he’s innocent. Otherwise, why would she post court documents supporting his acquittal or a new trial? It looks like the defense team still believes that the court didn’t consider their claim that someone other than Josh might have used his computer. Actually, since the lawyers moved for the acquittal, it’s not clear why she directed fans there. After all, most mainstream media already covered the story.

Counting On – Using Court Documents To Explain Her Support?

Perhaps Counting On alum Anna Duggar has been cautioned against saying too much. After all, she wouldn’t want to jeopardize Josh’s chances for a retrial So, perhaps she shared the documents just as a way of telling TLC fans why she thinks he’s innocent.

Be sure to catch up on everything happening with the TLC alums right now. Come back here often for more Counting On spoilers, news, and updates.