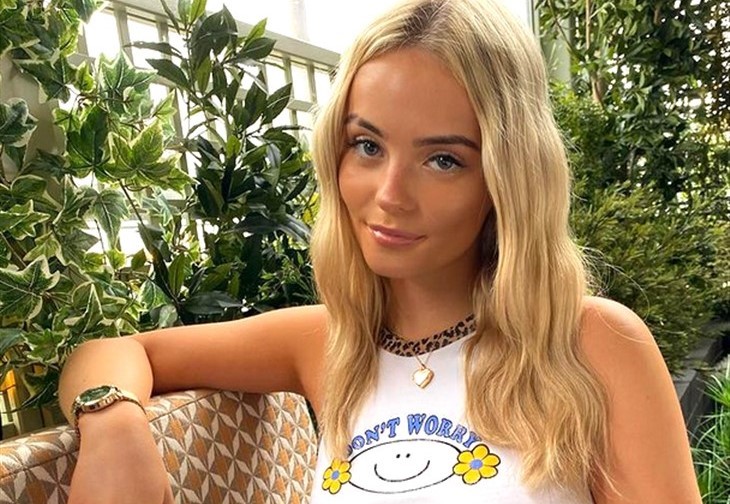 Coronation Street spoilers, news, and updates tease that Millie Gibson excited fans with her loving comment on one of Tanisha Gorey’s recent posts on social media.

Mille Gibson stepped foot on the longest-running soap in the world and showed onscreen the misfortune life of her character named Kelly Neelan. It all started when Kelly was involved in a tragic storyline of Seb Franklin (Harry Visinoni), which was based on the real-life hate crime killing of Sophie Lancaster. Recently, she eternally bid goodbye to her onscreen dad Rick (Greg Wood) when he was found lifeless on the old brickworks.

Kelly was also left by her mom Laura (Kel Allen), who was accused of murdering Rick. The matriarch also left the cobbles when her battle with stomach cancer finally ended. In last week’s episode, Gary (Mickey North), who was responsible for Rick’s death, and his wife, Maria (Samia Longchambon), gave Kelly her dad’s dodgy money and told the youngster she could do whatever she wanted with it. Later that day, Kelly was seen in a tram with cash. What did the teenager do with the money?

The 17-year-old actress glammed up with her co-star Tanisha Gorey, who plays Asha Alahan in the soap, when they attended a belated Christmas Party at Manchester’s Science and Industry Museum. Gorey posted a photo of herself alongside Gibson on social media and captioned it: “Crimbo party only 4 months late.”

Fans were stunned when Gibson commented, “That the love of my life?!” to which Gorey responded, “Always my baby.” Their supporters also flooded the post with loving comments, saying: “Great pics. Looking very glamorous and fabulous.” One fan commented, “Beautiful. I hope you all had a great time.” Another one chimed in, “Beautiful ladies, enjoy.”

The “Corrie” star is known for the challenging workout routines she usually shared on social media. In her latest Instagram story, Gibson posted a series of videos showing her physical activities using the gym equipment. Despite the tough set of exercises, which targeted her legs and core, Gibson seemed to enjoy every single time of it.