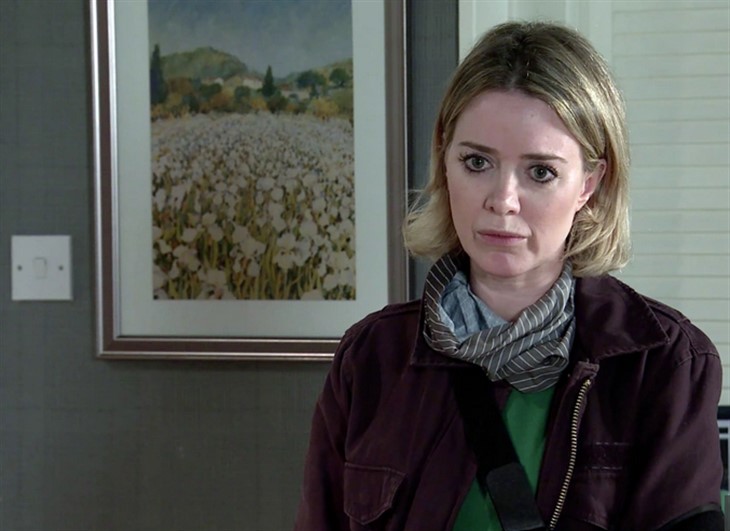 “Coronation Street” spoilers have teased a breakthrough for grieving mom Abi Webster and guilty teen Kelly Neelan this yuletide season when drug issues are brought up.

In upcoming scenes, Kelly Neelan (Millie Gibson) spirals down to taking up spice again when the vengeful Abi Webster (Sally Carman) strips off her only hope to live–her part-time role at the barbers offered by Maria Connor (Samia Longchambon).

Abi stands in Kelly’s way when she’s head to work to make her realize she’s no longer welcome in Weatherfield after her involvement in Seb Franklin’s (Harry Visinoni) untimely death.

It’s because Abi is reeling to see Kelly back on the cobbles again with Dev Alahan (Jimmi Harkishin) welcoming her to their flat when she just returns from her honeymoon with Kevin (Michael Le Vell). The more she’s furious when she finds out Kelly has left flowers in Seb’s memorial garden on Boxing Day.

But her encounter with Aadi Alahan (Adam Hussain) might be the only way for Abi to soften her heart towards Kelly as the concerned friend reveals Kelly has since turned to drugs to cope up. Will Abi sympathize?

When Abi blocks Kelly from going to the barbers, Kelly’s former foster parent, Imran Habeeb (Charlie de Melo) witnesses her threats. As Kelly runs away in surrender, Imran confronts Abi for her bitterness, pointing out she’s also lived a shameful past herself.

Insulted by his comment, Abi slaps Imran on the face. Corrie viewers knew Abi had also been through a lot when she got addicted to drugs. To make matters more intense, she’s slept with Imran in a hotel room during the murder case development for Seb. Will Abi reflect on the weight of Imran’s words? Will she see Kelly now through compassionate eyes?

In upcoming scenes for the holidays, Abi attends a drugs support group only to find Kelly there with her foster mom, Toyah Battersby (Georgia Taylor).

When Kelly talks about her tough childhood, Abi shows no sympathy as she stares at the troubled teen with pure hatred.

But Abi’s mood changes when Kelly pours out her heart revealing that she had a dark past and was involved in serious things so she turned to take drugs in order to heal. Will this confession struck Abi’s heartstrings?

Corrie boss Iain MacLeod has previously hinted the Streets are going to have a jolly Christmas this year. “It’s very funny in places. It’s very silly, and it’s really heartwarming and joyous,” he told the Mirror.

Does this include Abi and Kelly’s reconciliation?