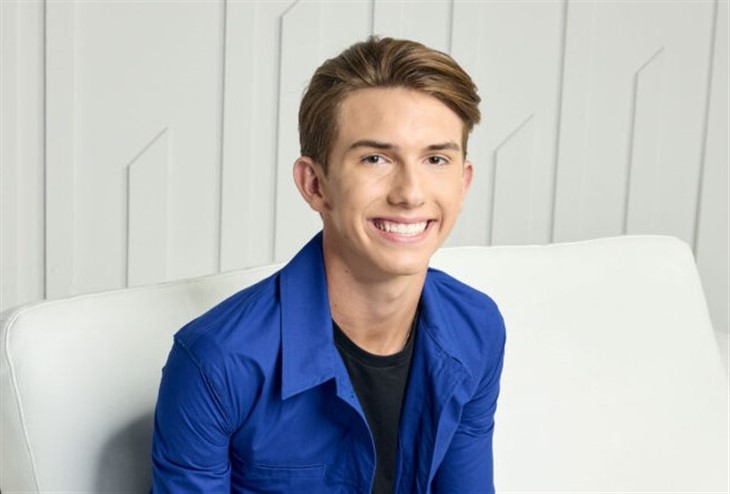 Chrisley Knows Best star, Grayson Chrisley joined  his sister Savannah on her new podcast called “Unlocked.” With the cancellation of her dad Todd’s TV shows, perhaps she looks to use it as a platform to help keep the cash coming in. Soon, she’ll be taking over custody of her younger brother and her little adopted sister, Chloe. From what Grayson had to say, it seems that he fell far from Todd’s apple tree as he doesn’t even watch the comedian’s TV show.

Grayson, Chase, Chloe, Savannah, Nanny Faye, Todd, and his wife Julie all appeared on his television show. At one stage, his daughter, Lindsie was also on the show. Todd, touted as a comedian, made people laugh, In fact, millions of people feel saddened that he and Julie were convicted of tax and fraud-related crimes. So, there won’t be Mr. Funny around for a long time, as Todd was sentenced to 12 years in prison. In the show, Nanny Faye and Chase often stole the show, but Grayson seemed less inclined to make jokes or prank anyone.

Chrisley Knows Best star Savannah started her new podcast in October. Talking about how many people know her family from the media, she knows that not everyone watches the show. So, she explained that she and her family would talk about themselves. Perhaps, it’s a way for them to express their side of the tax evasion crimes. Really, it might be best to talk about that sort of thing openly. Bear in mind, her little brother and sister will have to still make it in a harsh world.

While chatting with his sister this week, Grayson and Savannah talked about college and also about growing up as a reality TV star. Of course, if you kept up with the USA Network show, you’ll know that Grayson isn’t a cute kid with a big grin anymore. In fact, he’s tall and strong and works out in the gym a lot. At 16, he really looks older than he is. However, he’s still a teen and he has to deal with his parents going to prison.

Incredibly, the Chrisley Knows Best star confessed that he has never ever watched a single episode of his dad’s show. He said to Savannah, “I haven’t even watched myself grow up on TV.” While he admits that a lot of people seem to enjoy the humor of the show, it doesn’t tickle his funny bone. He also noted that while other people find him “funny,” he doesn’t think that he’s funny at all. In fact, the show seemed simply uninteresting to him.

Chrisley Knows Best fans would have noticed that of all the cast, Grayson Chrisley probably said the least. Savannah was always quick with witty comments just like her dad and grandmother. Meanwhile, Chase seemed to thoroughly enjoy being in front of the cameras. Todd, of course, thrived on being the funny man who caught the laughs. Meanwhile, Chloe was the precocious child who seemed rather sassy.

Perhaps those who get to know Grayson might find a young man with a rather droll and dry sense of humor. What do you think? Let us know in the comments below.

Be sure to catch up on everything happening with the various podcasts of the family right now. Come back here often for more Chrisley Knows Best spoilers, news, and updates.