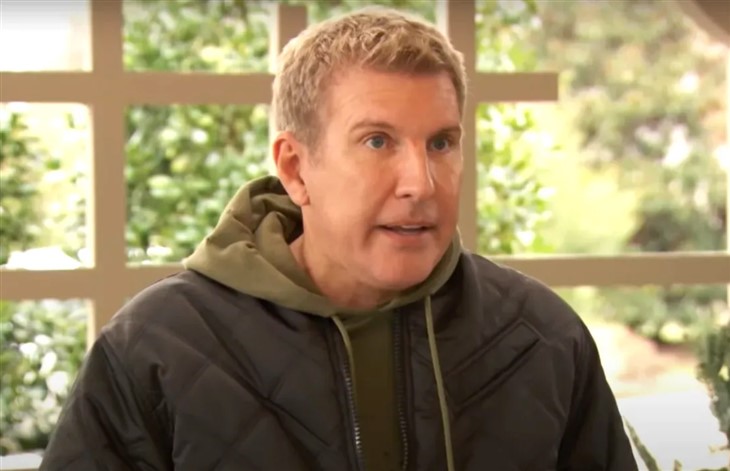 Chrisley Knows Best news reveals that a former investigator for the Georgia Department of Revenue is suing Todd Chrisley for defamation accusing the reality TV star of spreading lies about her. Continue reading and we’ll give you the low down.

Chrisley Knows Best news reveals that Todd Chrisley’s legal woes are only just beginning after a tax investigator sues him for defamation. To say it’s been a hard year for the reality TV star and his family would be an incredible understatement. According to ScreenRant, the Chrisley legal woes have come on steadily.

Todd and his wife Julie Chrisley were recently indicted for Federal bank fraud and tax evasion in both August 2019 as well as February 2022. By June 2022, the famed TV couple were found guilty of all the charges against them and are now facing a possible 30 years in Federal prison. However, the Chrisley Knows Best couple filed a motion for a new trial claiming that witnesses lied during their initial trial back in the Spring of this year.

Todd and Julie received a surprisingly great amount of gifts and support from fans following the June verdict. For their part, Todd and Julie requested that their fans not waste money sending them gifts and asked, instead, that they pray for them as they await sentencing.

They report that they, as a family, are remaining steadfast in their faith and that they trust their god to give them a miracle. Unfortunately, as the couple awaits a decision on their request for a new trial, they are now facing the possibility of another battle in the courts.

Page Six reports that former Georgia Department of Revenue investigator Amy Doherty-Heinze is now suing Todd Chrisley for defamation. She claims that the Chrisley Knows Best star spread falsehoods about her on his Chrisley Confessions podcast.

According to documents obtained by the outlet, Amy claimed that Todd “falsely and maliciously” accused her of criminal conduct during her recent investigation. He also reportedly claimed that it was her, and not him, that should be prosecuted. Doherty-Heinze also claimed Todd used her name on several occasions during an episode of his podcast that aired in September 2021.

Page Six obtained documents from the lawsuit Amy filed on September 22. In the suit, she claimed Todd “falsely and maliciously” accused her of criminal conduct during the recent investigation. He also claimed she, rather than him, should be prosecuted.

Amy also accused Todd of using her name several, saying that he pursued a campaign to get her terminated from her job at the Geroge Department of Revenue. Be sure and stay up to speed on this and other stories and return here often for more Chrisley Knows Best news and updates.