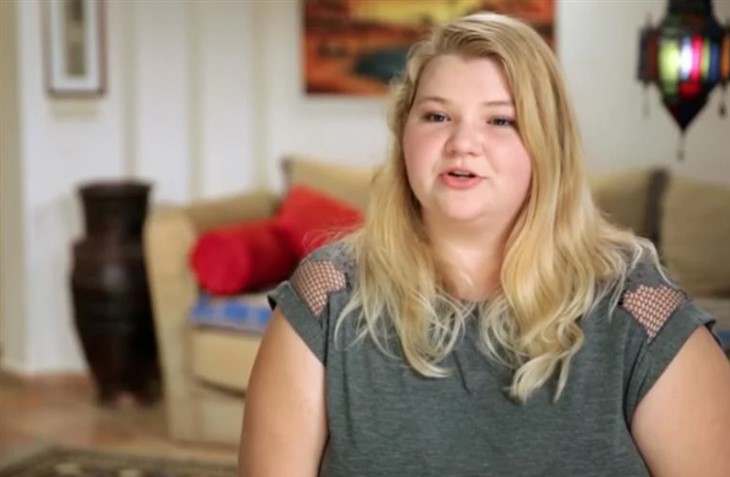 Nicole and Azan had quite a strange relationship. He lives in Morocco and when they met face to face for the first time, he told he that he wasn’t really attracted to her and he always brought up her weight. Nicole has been trying to lose weight ever since she had her daughter and has been open about how difficult that has been for her. No matter how he treated her, Nicole decided to visit Azan during the pandemic. She was really impressed that she got a ticket for so cheap and so she left her daughter with her mother and went on her way.

While Nicole was in Morocco, the borders closed and the world shut down, so she was stuck there for months. Her fans thought that she wasn’t smart for going abroad as soon as a pandemic started and they gave her a lot of hate for leaving her daughter. She eventually got home to her family and then announced that she and Azan has broken up.

Nicole knew how much hate she was receiving online, so she took a break from Instagram. In her newest post, she shared a picture of herself with her daughter, May. They are sitting in the pool and enjoying time together beating the heat. Her fans were so happy to see her with May and they looked very happy.

Her fans praised her for hanging out with her daughter and taking care of her. Many of them praised her for leaving Azan and told her to post more often with May. We are happy that they are doing well and enjoying their time together.

Be sure to catch up on everything happening with 90 Dy Fiance right now. Come back here often for 90 Day Fiance spoilers, news, and updates.

DOOL Spoilers: Chloe Leaves Brady For Stefan Only To Be Dumped AGAIN