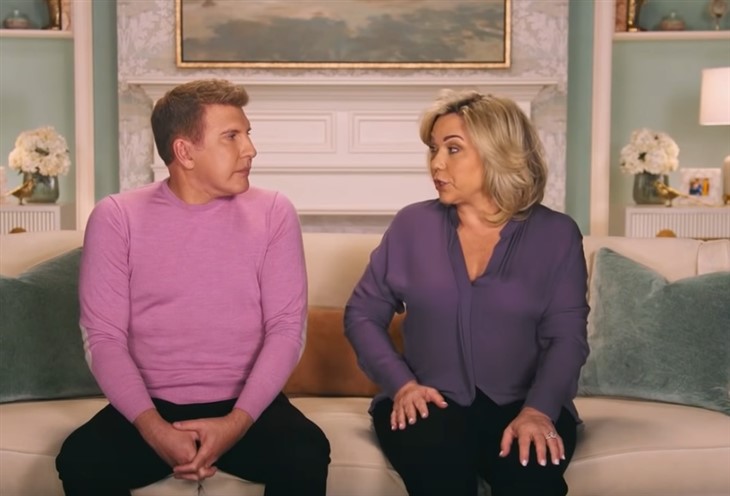 Chrisley Knows Best will return to USA Network on June 30 for the second installment of Season 9, but will it feature Todd and Julie Chrisley’s fraud convictions?

Todd and Julie Chrisley have had a harrowing experience while the show has been off the air having been convicted of some serious crimes. Continue reading and we’ll delve into whether this will come up in the next round of season 9.

Per Newsweek, the second round of Season 9 of Chrisley Knows Best will return next Thursday after a six-month hiatus. As fans may know, it’s been a rough few months for the Chrisley family. Earlier this month, Todd and Julie were convicted of conspiracy, bank fraud, and tax evasion with sums exceeding $30 million.

Chrisley Knows Best’s future is now in question while the Chrisleys await sentencing. However, it’s not over for the Chrisley family as their attorney said that they will be appealing the conviction.

Despite the convictions, USA Network is still set to air the show the episodes that have already been filmed. Notably, the episodes already in the bag were filmed before the trial began on May 19.

These episodes were filmed before the trial began on May 16. The first episode of 2022, for instance, sees Chase Chrisley “play grill master for the 4th of July BBQ,” indicating that it was likely filmed in Todd and Julie Chrisley were indicted in August 2019.

Despite that, the USA Network has held on to the series, having aired 60 episodes of Chrisley Knows Best since that date. In fact, NBCUniversal announced a season 10 renewal for the show just a week prior to the trial.

Production for the show had reportedly not started during the trial and so, it’s anyone’s guess how much the fraud allegations will play into Season 10 of the series, and that’s assuming USA decides to move forward with it after the conviction. The Chrisleys are scheduled to be sentenced on October 6, 2022.

Be sure and tune in to USA Network on June 30 to find out for yourselves. Be sure to return here often for more spoilers, news, and updates.