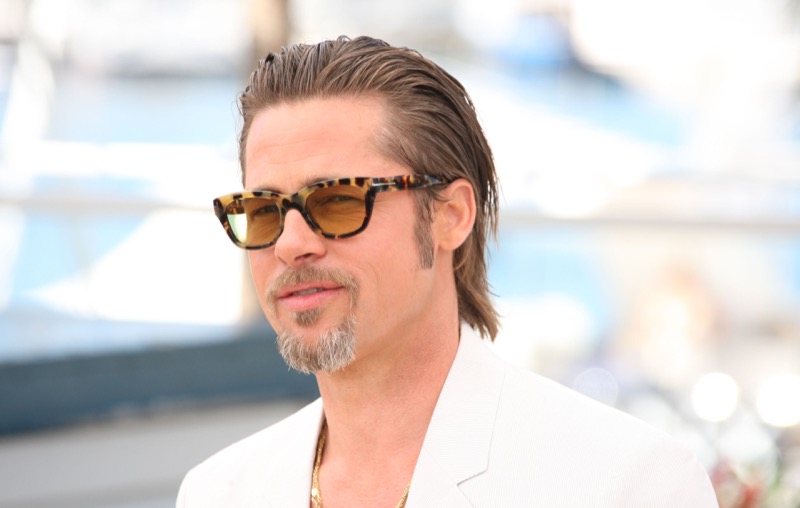 The star of “Fight Club” Brad Pitt has ventured into yet another line of business. This time around, it’s a skincare brand called Le Domaine. He has effectively added another item to his resumé, apart from being an actor, a movie producer, and a wine producer. Brad is partnering with Château De Beaucastel.

In an Instagram post marking the launch of the new skincare brand Le Domaine, the company posted a photo featuring two of its products and captioned it, “Derived of Science and Terroir to be one with both Nature and your own nature. This is harmony. This is respect. This is Le Domaine.”

I know there are lots and lots of skincare brands out there, in fact, almost every celebrity owns a skincare brand or collaborates with a skincare brand, but what makes Le Domaine different is not only the fact that the product is vegan or that it’s not a gender-based product (every gender can use it) but it is also designed to slow down aging. I know you’ll be thinking, “oh, but there are several anti-aging skincare products in the market, if I need them I’ll buy as many as I want,” the question should be how many of them actually do the work? What’s in Le Domain that other products doesn’t have, the answer is simple. ProGR3 and GSM10.

Allow to explain, for Le Domaine to have the unique features it has, the brand had to work with Pierre-Louis Teissedre who is a Professor of Oenology at the University of Bordeaux, with the 13 grape varieties found through the cooperation of the Perrin family, and some other potent ingredients such as Serum, Cream, Fluid Cream, and Cleansing Emulsion, coupled with 15years of intensive research, they were able to come up with GSM10 which is an active compound with high antioxidant power.

The company also worked with Professor Nicolas Lévy who is a clinician in Progeria. Progeria is a genetic disorder which makes young children age faster, it is a very rare disorder, with the help of Professor Nicolas, they found out how progeria speeds up aging and they came up with ProGR3. Speaking with Vogue about Le Domaine Brad said, “I know there are new products nearly every day that people are trying to launch, but if I hadn’t seen a real difference visually in my skin, we wouldn’t have bothered.”

In a recent interview Brad had with Vogue, the actor was asked if there was ever a time he believed or dreamt of being a skincare founder at any point in his life, the actor replied in denial, Brad said that just like he never thought he’ll be a wine producer but later became one, he never thought he would venture into skincare line. Brad also said he got more interested in the skincare line years back after reading about the health benefits of grapefruits.

Brad also revealed that all through the years he has been given different kinds of skin care products but they ended up being the same until he tested Le Domaine “I get sent stuff all the time and… ugh. It’s just all the same for me. But this last year we have been testing Le Domaine and I was really surprised by the results, and that for me, made it worth going forward.”

When asked why he made Le Domaine genderless he replied: “Again, I don’t know if it’s just that I believe in being all-inclusive as much as possible? Or maybe it’s about us guys needing help from others in understanding how we can treat our skin better? I mean, I probably got more from my female partners in the past. We kept the smell very neutral, very fresh, and very, very subtle.”

Be sure to catch up on everything happening with Brad Pitt right now. Come back here often for all the Brad Pitt spoilers, news, and updates.