B&B Spoilers: Thomas’s Lie, How It Will Tear His Family Apart 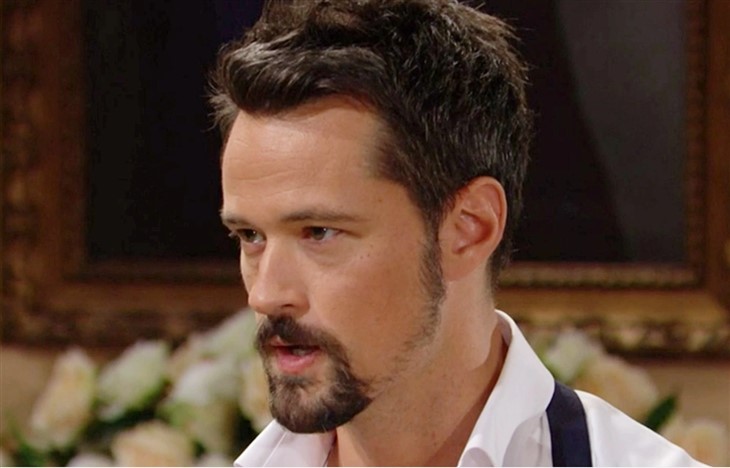 The Bold and the Beautiful spoilers show that Thomas Forrester (Matthew Atkinson) and his phony CPS call that he placed on himself using the voice changer app to sound like Brooke Logan (Katherine Kelly Lang) is going to cost not only him but his family dearly.

It has affected his father, Ridge Forrester (Thorsten Kaye), and his son Douglas Forrester (Henry Samiri), and will leverage big on Steffy Forrester (Jacqueline MacInnes Wood). Not only has he lied and ruined a marriage, but he will lose the trust of his family members after the truth comes out.

After Ridge finds out what Thomas did, it is going to affect their relationship severely and he will not be able to look him in the eye. Even if Ridge is happy with Taylor Hayes (Krista Allen) and was looking for a reason to get out of his marriage with Brooke, finding out that it was on a false premise will make him incredibly angry.

We keep getting moments with Douglas where it looks like he is about to tell people what he knows, but he just goes up to his room, and this is another person that Thomas’s lie will ruin his relationship with. His own son.

B&B spoilers say Thomas thought it would be smart to tell Douglas about what he did and now he is fighting to keep it a secret to appease his father. At the end of the day, he is still a child and this is bound to pop out, and probably on accident. Douglas knows what Thomas did was wrong and once it comes out, he is not going to want to be around his dad.

This may last for years. Just when Thomas thought he could get custody and start getting closer with his son, he goes off and completely ruins it. Douglas will always remember what Thomas did and how it ruined his grandma Brooke’s relationship and life. Then, to be forced to keep it a secret would be hell. Thomas better count his days with Douglas, because they are running out.

What do you think? Who do you think Douglas will tell the truth to and will Thomas be shunned by his family members and who would want to be around him? Share your thoughts and remember to keep watching the CBS soap to see what happens next.