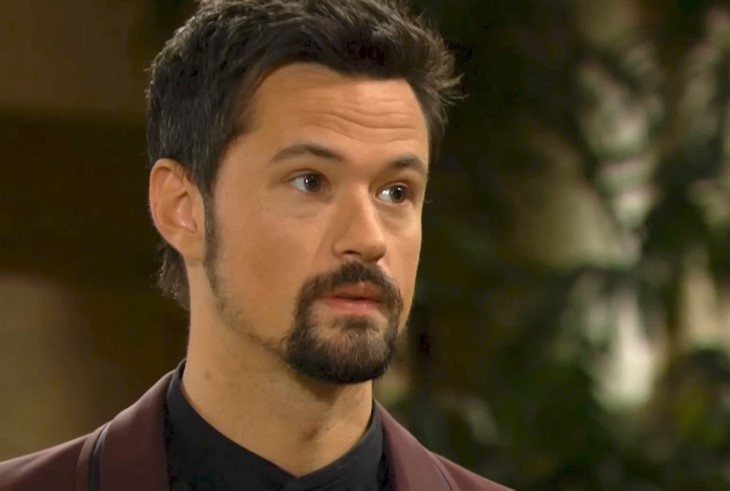 The Bold and the Beautiful spoilers document that Thomas Forrester (Matthew Atkinson) out-thought himself again. His oversized ego led to a massive wedding fail that left his parents disillusioned, rather than married, and exonerated his detested ex-stepmother.

The Bold And The Beautiful Spoilers – Why Did Thomas Forrester Make This Mistake?

Thomas did not ensure that the digital recordings he made were completely erased. If so, Douglas would never have been able to restore and listen to them.

Atkinson’s character has delusions of grandeur, including this instance, where he convinced himself that all soapy bases were covered. They were not, and he is out of the Forrester family’s good graces.

Project Douglas ten years into the future or less than that if he is SORAS’d (soap opera rapid aging syndrome). Will he still be a nice person, or might the character Samiri plays become like his father?

As of now, Douglas is the opposite of Thomas. He does what is right and is too smart to be manipulated.

Thomas tried to talk Douglas away from what happened. Douglas did not put the hoax out of his mind, knew what the implications meant, and told his aunt, Steffy when she asked what was bothering him minutes before the remarriage ceremony played out.

The Bold And The Beautiful Spoilers – Brooke Logan Deserves Time

Brooke should not throw her arms around Ridge and tell him all is forgiven when he makes his inevitable Logan house fall. His assumption about her betrayal was understandable, based on Thomas’ orchestrated circumstances. But Brooke has to consider her long-term well-being.

She will be relieved to learn the truth and right to be infuriated by Thomas’ actions. Brooke will also be right if she holds Ridge to account for assuming the worst of her.

Destiny can not be a one-way street. So, Kaye’s character should be made to wait it out if another Ridge and Brooke reunion is to happen on B&B.