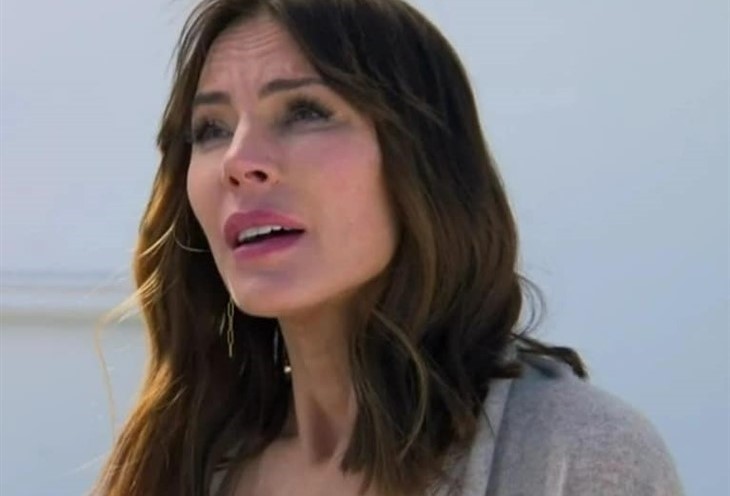 The Bold and the Beautiful (B&B) spoilers reveal that Steffy Forrester Finnegan (Jacqueline MacInnes Wood) finally wakes up. However, it sounds as if Steffy won’t remember Sheila Carter’s (Kimberlin Brown) crime or even being married to John “Finn” Finnegan (Tanner Novlan). Taylor Hayes (Krista Allen) pushes Liam to put on an act to protect Steffy from further trauma.

The Bold And The Beautiful Spoilers – Steffy Forrester Finnegan Wakes Up

B&B spoilers reveal that Steffy finally woke up in Wednesday’s episode. Steffy opened her eyes and recognized Ridge Forrester (Thorsten Kaye), Taylor Hayes (Krista Allen), and Thomas Forrester (Matthew Atkinson). Steffy even recognizes Sheila but might not realize the villain is the reason she’s in the hospital.

Based on the spoilers for the week of April 18, it sounds as if Steffy has partial amnesia. Steffy remembers who she is and most of her life except for the past few years. In fact, there is reason to believe that Steffy won’t remember the shooting or meeting Finn. It is hinted that Steffy thinks she is still married to Liam.

The Bold And The Beautiful Spoilers – Liam Spencer’s Marriage Act

The Bold and the Beautiful spoilers reveal that Liam and Bill Spencer (Don Diamont) will stay by Steffy’s side during her recovery. It is also stated that Taylor and Brooke Logan Forrester (Katherine Kelly Lang) get into an intense argument over Steffy’s treatment plan.

It’s possible that Taylor won’t want people telling Steffy she’s divorced from Liam and married to a man named Finn. Taylor might also not want anyone informing Steffy that Finn died during a shooting, which is also the reason she was in a coma. Taylor might feel that it would be too traumatizing for Steffy, and she has to remember on her own.

While Brooke and Hope Logan Spencer (Annika Noelle) will probably freak out about this, there is a more important character that will be affected. How will Steffy be introduced to her son, Hayes Forrester Finnegan (Piper Harriot)? Will Steffy be told that Hayes belongs to Liam? Will the child be separated from his mother in addition to losing his father?

If Liam goes along with Taylor’s plan, could he end up falling in love with Steffy all over again? What happens when Steffy wants to get intimate? How will Liam push her away, so he remains loyal to Hope? Or could “Steam” get busy between the sheets, leading to yet another complicated dynamic with Hope? We will have to keep watching the CBS soap to find out what happens next in this storyline.