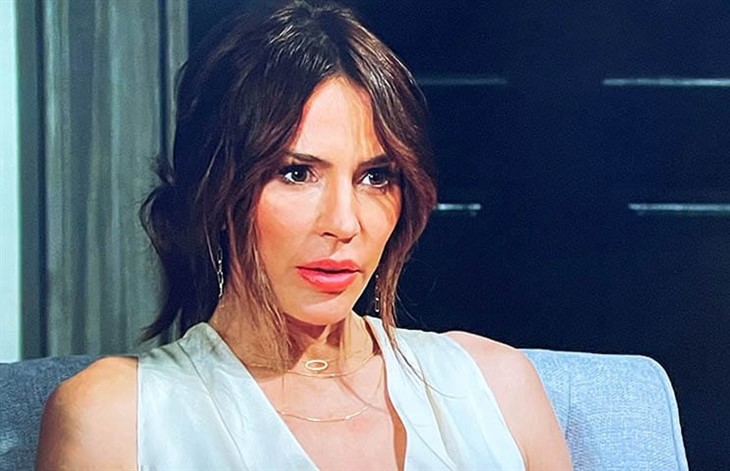 The Bold and the Beautiful (B&B) spoilers document that Taylor Hayes (Krista Allen) resigned herself to believing that Ridge Forrester (Thorsten Kaye) was gone. While they maintained their parental connection, and she knew he cared for her, Brooke Logan Forrester (Katherine Kelly Lang) was still his wife.

Ridge’s recently announced return to the Logan mansion and a reconciliation with Brooke seemed destined. They never filed for divorce and were regularly in touch while Ridge lived at the cliff house, where Taylor was also staying.

However, Monaco changed the trajectory of assumed destinies.

Why would Taylor’s demeanor be different? While Steffy and John Finn Finnegan’s (Tanner Novlan) reunion was magically inspiring, nothing changed between her mother and father, right?

Ridge told Taylor that the kiss was part of the atmosphere when asked. They were in an exotic location. Their daughter realized an impossible dream, with Finn being alive and flying across the world to tell her his miraculous news.

But Ridge kissed Taylor after seeing a photo Hope Spencer (Annika Noelle) posted on one of her social media accounts. The image showed Noelle’s character, with Brooke and Deacon Sharpe (Sean Kanan) smiling in the background in the Forrester Creations’ executive office.

So, Taylor knows that Ridge was reacting to Brooke’s perceived betrayal. But the fact that he chose to respond in such a romantic manner could be interpreted as encouraging by someone who wants to reconcile with him, as Taylor still does.

What Ridge saw was not nearly as startling as Douglas Forrester (as then played by Henry Joseph Samiri) seeing his grandmother kissing Deacon Claus in the Logan mansion living room on New Year’s Eve.

However, Brooke demonstrated that she allowed Deacon to be with her while Ridge was gone. That violated the spirit of the promise she made. As viewers recall, Brooke agreed to Ridge’s demand that Deacon not be allowed on the mansion’s property, including the cabin where Hope and her family live.

Ridge looked longingly at Taylor while hugging Brooke after they returned to the mansion after the Forrester Creations jet landed in Los Angeles, California. A conversation about Hope’s photo was to follow. But fans wonder when the kiss will be forcibly discussed with Brooke?