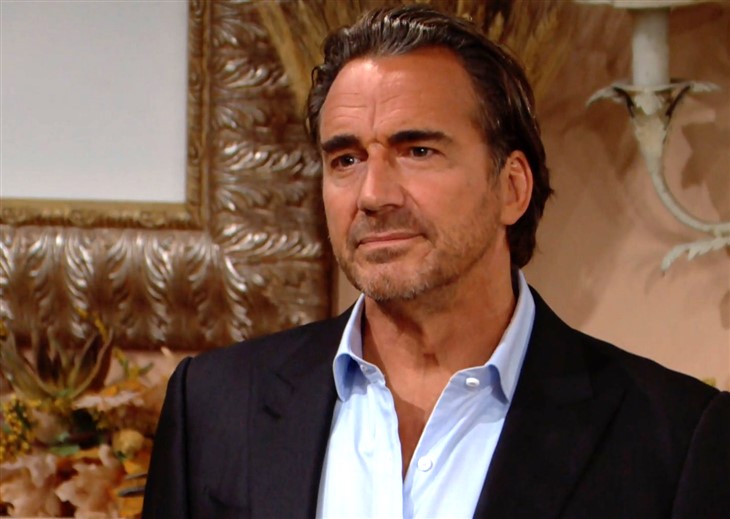 Viewers of The Bold and The Beautiful will see Steffy Forrester (Jacqueline Macinnes Wood) come to in the next few days, and it looks like she will be very confused; that is common for patients who have been through what she has. Viewers of The Bold and The Beautiful can expect that she’ll be confused after being comatose for several days, and may not remember what happened to her – or what happened to her husband, who was killed in front of her. So Ridge will be delicate and put it delicately when he makes her a solemn vow, that he will bring to justice those who have hurt their family! If Steffy doesn’t remember what happened Ridge won’t want to deliver her a shock that could make things even worse for her!

B&B Spoilers – Ridge Forrester And Taylor Hayes Could Not Lose Another Child!

Viewers of The Bold and The Beautiful will remember the shock and horror of Deacon Sharpe (Sean Kanan) when he came to the alley behind Il Giardino and saw Steffy and Finn shot and unconscious! Sheila Carter (Kimberlin Brown) had not meant to shoot her own son, but he was worried about Steffy and went looking for her – he instinctively had jumped in front of her when he saw his birth mother had a gun on his wife! Viewers of The Bold and The Beautiful know that no one except Sheila knows what really happened, unless Steffy does remember what happened when she comes to. Finn was already dead but Deacon didn’t know for sure until the paramedics that he called came – and he was the one who called Ridge and told Sheila in person. When Ridge and Taylor got to University Hospital and learned Finn was dead and Steffy’s condition was grave, Taylor wept and they both feared the worst, and talked about how they could not lose another child!

The Bold And The Beautiful Spoilers – If Ridge Forrester Knew For Sure Sheila Carter Shot His Daughter And Her Husband He Might Take Her Out!

Viewers of The Bold and The Beautiful know that while Ridge has lost his temper many times, and once told Sheila to kill Dollar Bill Spencer (Don Diamont) before he did, he has never murdered anyone; he’s probably wanted to several times, though! However, with Sheila, in his rage and grief he may make an exception and try to take her out if he finds out for sure Sheila shot his daughter and killed her own son, proving to everyone the monster she really is! No one could blame him for wanting to rid the world of the scourge of Sheila, but it would not help his family for him to spend time in prison or worse! But viewers of The Bold and The Beautiful know that he will do whatever he can to bring the killer of his son in law to justice, knowing that person has decimated his daughter’s happiness!

Days Of Our Lives Spoilers:  Nicole Warns Jake About Ava

Sister Wives: Janelle Brown Hints At Return To Coyote Pass For The Summer