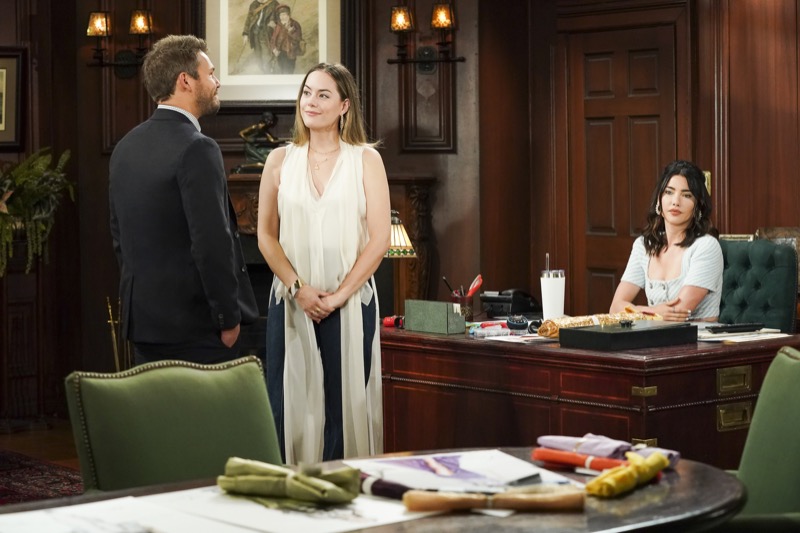 The Bold and the Beautiful (B&B) spoilers tease that today Scott Clifton has spent exactly a dozen years portraying Liam Spencer on the CBS soap. He debuted as the son of Bill Spencer (Don Diamont) on July 19, 2010 and since then has had a blast playing the role of a human waffle.

Liam got that designation for his tendency to ricochet between love interests but ironically Clifton remembers little about that fateful day 12 years ago. His first day on the set of The Bold and the Beautiful was short: “I think I only had to shoot one scene.” He told Soaps.com, “One of the things I loved about the way they introduced Liam is that they didn’t shove him down the throat of the viewers. It wasn’t like, ‘Here is our new contract player, and you have to pay big attention to him because he’s going to be a big deal!’”

His first few episodes were equally brief, according to Clifton, “I had fewer lines than an under-five. I was just a tech guy in the background, so there was nothing that implied in any way I was someone you should think twice about.”

Clifton also played Dillon Quartermaine on General Hospital and he appeared on One Life to Live.

Even Clifton himself didn’t realize quite how central Liam would become as the son of one of the show’s bona fide alpha males. He’s moved on from the tech responsibilities to being the main love interest (sometimes at the same time) for Steffy Forrester (Jacqueline MacInnes Wood) and Hope Logan (Annika Noelle).

Fans have been vocal about their love or hate of the endless triangles Liam has been involved in, so it may interest you to know just who Clifton himself regards as Liam’s most important love.

According to Clifton, “the real love story for Liam has been the relationship with his father.”

The Bold and the Beautiful spoilers: Scott Clifton Spills on Liam Spencer

How would Clifton describe his character? “Hell, he ticks me off sometimes,” he jokes. “But here’s the thing: I’m kind of a hired gun. My philosophy is that my job is to make it work, no matter what the storyline is. So if you have Liam go to a club the night before his wedding and show up the next day with blue hair and fake tattoos doing a whole Romeo & Juliet scene in his underwear, I’m going to find a way to make it work.”

Ever the professional, Clifton also wants the fans to know that he appreciates them and their support over the years. He said, “We know how smart you guys are. We know you guys are paying attention and that you know the show and the storylines better than most of us. You have long memories, and you remember things that maybe sometimes the show would rather you forget. I am a fan of this show, and like you, I’m a fan of other shows. I know what it’s like to look at a show with scrutiny and joy and frustration and all of the other things we, as a community, feel.”

Clearly Clifton appreciates his role, the show and his fans. Here’s to hoping for another 12 amazing years of Liam and his quirky eccentricities, whatever come what may!