B&B Spoilers: Ridge Cracks, Thomas Has A Break Down 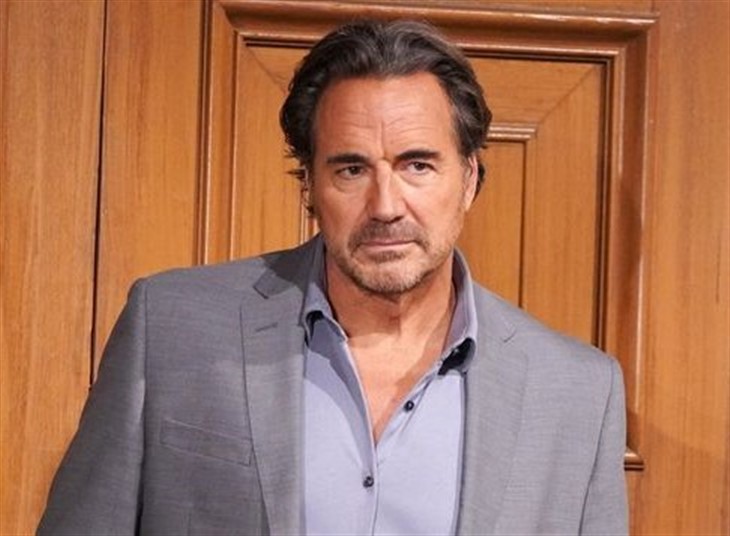 The Bold and the Beautiful spoilers show that Ridge Forrester (Thorsten Kaye) has found himself in the middle of a pressure cooker with nowhere to go. He will have to make a decision eventually, but as of right now, he is in the middle of a rock and a hard place.

He kept himself in between Brooke Logan (Katherine Kelly Lang) and Taylor Hayes (Krista Allen) all this time without ever really making a decision and now the walls are closing in on him. His daughter, Steffy Forrester (Jacqueline MacInnes Wood) is making her opinion loud and clear, but who is he to let his daughter make his decision for him?

The Bold And The Beautiful Spoilers – Brooke Logan’s Potential Illness

There was a moment we saw when Brooke checked her phone and she had missed her routine check-up. Normally, we would not think anything of this, however, we think that the writers are going to use this as a way to introduce an illness and it would convince Ridge to stay with her.

However, even if she finds out everything is good and normal, I still think she may use this to her advantage and claim that she is sick just so she’ll get Ridge to come back home to her. It will get messy and things aren’t going to go well, but that’s what we think.

According to the Bold and the Beautiful spoilers, Thomas Forrester (Matthew Atkinson) seems to only have his son’s best interests in mind. Or at least he did when he began trying to convince Douglas Forrester (Django Ferri) to share his apartment. With the exception of his stepmother, of course, his entire family supports him in this.

One of her accusations is used to verbally attack Thomas. She believes that he is attempting to dissolve her marriage with the help of his sister because it is the same old song. In upcoming episodes, Thomas’ sudden change in behavior worries his stepmother. Do they, though, or is this all done for Ridge Forrester’s benefit? Hope Logan (Annika Noelle) and her mother have so far charged Thomas with harboring a secret motive.

Thomas might then revert to some of his old habits as Ridge begins to question whether his wife is correct about his son’s instability. The only way out may have to come from Thomas Forrester’s old toolbox if his stepmother forces him into a corner.

What do you think? Is there anything wrong with Brooke and do you think she could be sick or will she use this as an excuse to convince Ridge to stay with her over Taylor? Share your thoughts and remember to keep watching the CBS soap to see what happens next.