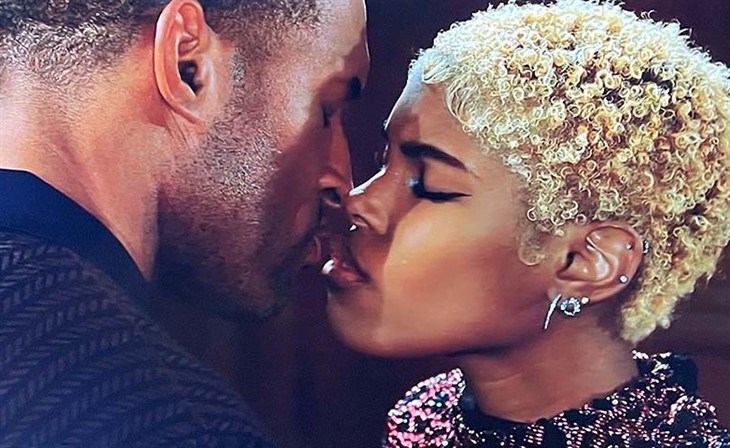 The Bold and the Beautiful spoilers reveal the romance (if we can call it that) between Paris and Carter heating up, but where will it lead?

The Bold And The Beautiful Spoilers – Is A Kiss Just A Kiss?

After a 2021 that started with Carter Walton (Lawrence Saint-Victor) thinking he finally got a girl who was all his in the form of Zoe Buckingham (Diamond White), it turned out some of her would belong to Zende Forrester (Delon De Metz) for a bit, ruining their engagement. As 2022 begins, Carter might have a new girl, but she is not all his with part of her belonging to, that’s right, Zende Forrester. And that is because Paris is one fickle girl, it seems.

When things didn’t work out between Zoe and Carter, he turned to Quinn Fuller Forrester (Rena Sofer) for a hot and steamy affair and then convinced himself he was in love with her. Then, he almost started something with Katie Logan (Heather Tom) and then thought better of it. Now, he better either be happy that Paris is fickle and can never make up her mind with men — or he better run for his life.

Either way, things are about to get a lot more complicated next week when Paris and Carter find themselves kissing again. Uh-oh.

The year 2021 also found Carter giving up on every woman he was interested in but will 2022 be different? Carter clearly has a thing for Paris and enjoys his time with her, but Paris is still a woman who apparently likes to play the field. So far, she has had crushes on Finn (Tanner Novlan), Thomas (Matthew Atkinson), and Zende, and Zende believed that Paris loved him enough to marry him. Now that Paris seems less than interested, Zende asked Carter if there is someone else.

So, Carter has to decide whether to hurt his friend Zende or to finally fight for what he wants. And if he does fight for Paris, will he get hurt again since she can never seem to make up her mind which man she wants? Maybe that’s a chance that Carter has to take. Stay tuned to The Bold and the Beautiful weekdays to see how this story plays out.