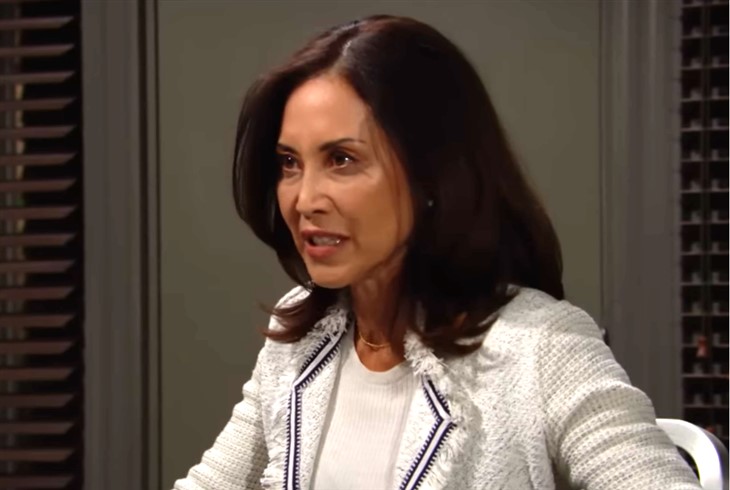 The Bold and the Beautiful (B&B) spoilers reveal that Steffy Forrester Finnegan (Jacqueline MacInnes Wood) reunites with John “Finn” Finnegan (Tanner Novlan). However, it is teased that during the week of August 8, Steffy and Li Finnegan (Naomi Matsuda) will get into a huge fight about keeping Finn’s survival a secret

The Bold And The Beautiful Spoilers – Steffy Forrester Finnegan’s Despair

B&B spoilers reveal that after Steffy woke up from her coma and remembered Finn, she was devastated. Steffy couldn’t cope with Finn’s death. What made it even worse is that Steffy was blocked from getting closure. Steffy pleaded with Li to tell her Finn’s final resting place so she could say one final goodbye. However, Li refused and wouldn’t share any information.

Now that Steffy is in Monte Carlo with Kelly Spencer (Remington Blaire Evans) and Hayes Forrester Finnegan (Piper Harriot), she is in a deep depression. Steffy is receiving treatment for her profound grief at a mental health clinic.

Li told Bill Spencer (Don Diamont) that Finn was alive and being held hostage by Sheila Carter (Kimberlin Brown). Bill and Li showed up just as Finn was about to walk out on Sheila. Now that Finn is in Monte Carlo, he is searching for Steffy.

Despite mistaking another woman for Steffy, fans shouldn’t worry. During the week of August 1, Finn and Steffy will finally see each other. Steffy will have a hard time believing that Finn is alive and standing in front of her.

Of course, Finn has a lot to tell Steffy about his ordeal. The biggest bombshell won’t be regarding Sheila, though. It will be that it all began with Li’s deceptive secret.

The Bold And The Beautiful Spoilers – Li Finnegan Confronted

The Bold and the Beautiful spoilers for the week of August 8 reveal that Li will be confronted about keeping Finn’s survival a secret. As viewers can imagine, Steffy will unleash her fury on Finn’s mother. Instead of being Finn’s biological mother, this time it will be Li.

Steffy suffered so much because she believed Finn was dead. Hayes might be a baby and not understand death, but Kelly doesn’t comprehend it. So, Li’s secret didn’t just affect Steffy but innocent children as well.

As Steffy demands answers from Li, the doctor will try to explain. No matter what she says, Steffy won’t understand how she could be so cruel. Steffy might even order Finn to make a choice… her and the children or his adoptive mother. If Finn has to once again make a choice, what will he do?

Share your thoughts about what could happen when Steffy confronts Li. Will Steffy force Finn to make a choice? How will Li earn redemption for her cruel secret?