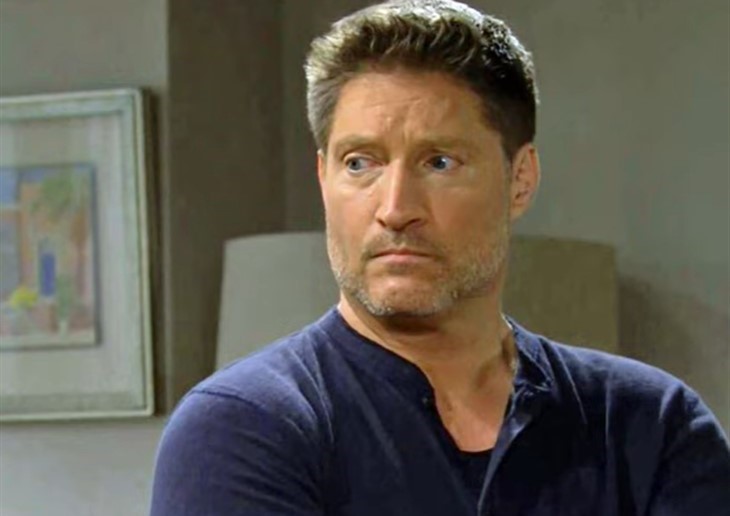 The Bold and the Beautiful spoilers reveal that Deacon Sharpe (Sean Kanan) just happened to appear when Brooke Logan Forrester (Katherine Kelly Lang) relapsed. While some may blame Deacon for Brooke’s drinking, Kanan brought up an interesting point. Years ago, it was Deacon who saved Brooke’s butt during her alcoholism storyline and believes he will again.

The Bold And The Beautiful Spoilers – Brooke Logan Forrester’s Relapse

B&B spoilers reveal that Brooke can’t wrap her head around what possessed her to drink alcohol on New Year’s Eve. Brooke keeps going through it in her head, but it just doesn’t make any sense to her. Brooke thought she was drinking non-alcoholic champagne.

It was the same one that Brooke drank during Eric Forrester’s (John McCook) Christmas party. She didn’t crave alcohol afterward then, so she doesn’t know what made New Year’s Eve so different.

What nobody realizes is that Brooke’s relapse wasn’t her own fault. Sheila Carter (Kimberlin Brown) switched the labels on the bottles, making sure Brooke drank the real thing instead of non-alcoholic champagne. Even though Sheila’s scheme hasn’t been found out yet, it’s just a matter of time before everyone figures it out.

The Bold And The Beautiful Spoilers – Deacon Sharpe Blamed

The Bold and the Beautiful spoilers reveal that Hope Logan Spencer (Annika Noelle) automatically assumed it was Deacon’s fault. As more people find out the whole truth about Brooke’s New Year’s Eve, Deacon will continue to be blamed. The person that will probably slam Deacon the most for Brooke’s drunken holiday is Ridge Forrester (Thorsten Kaye).

Kanan spoke to Soap Opera Digest about the storyline. The actor reminded the magazine that it was Deacon who saved Brooke from her drinking back in 2015. In fact, Kanan believes that Ridge and Bill Spencer (Don Diamont) are far more damaging to Brooke than Deacon ever was. Kanan also said that the only reason Ridge and Bill aren’t vilified like Deacon is because of money.

“Nobody remembers that he saved her a** when she was drinking [in 2015]. And, if you look at all the crap that Ridge and Bill have done, they seem to get away with it with impunity and yet Deacon is vilified for it. The only thing that separates them is they have money. Imagine if Deacon could come into finance? All Deacon is doing is trying to fight the good fight.”

What do you think of what Kanan said about Deacon saving Brooke? Do you believe that the only reason Deacon is vilified is that he doesn’t have money?